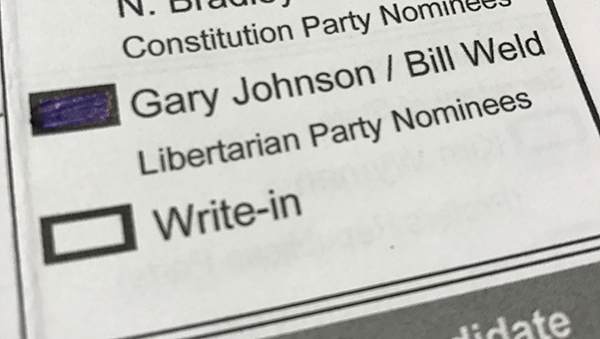 Sent my general election ballot off earlier today, and proudly filled in the Presidential section for Gary Johnson. He’s got no chance of winning, but that’s okay. Voting isn’t about choosing who you think will win, it’s about choosing who you think is the best candidate. And given that the two main parties are each running corrupt, pathological liars, this one was an easy choice.

Johnson was the only third-party candidate I voted for this time. By my count, my overall breakdown of votes by party went like this:

We had several “races” where there was only one person on the ballot, so I didn’t bother counting those. But when there was a choice, I ended up going R about 60 percent of the time and D the other 40 percent. Based on my voting history, that seems to be pretty consistent in terms of how I tend to vote.

In Praise of Vin Scully