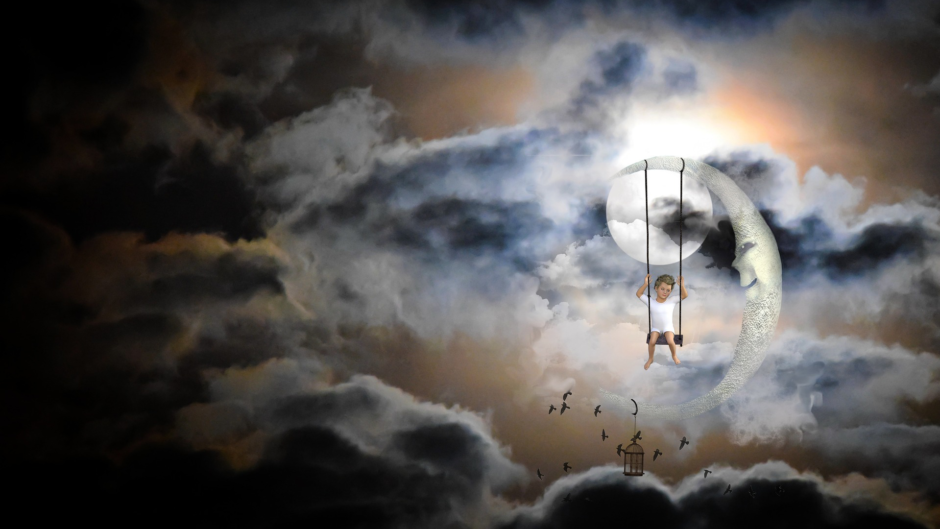 A New Twist to My Habit of Dying in Dreams

For my entire life, I’ve had dreams in which I die. And it’s not unusual for me to have these same dreams repeatedly.

As an adult, it usually involves a fall from a great height. There’s one in which I’m driving up a steep hill, and then when I get to the top, the downward hill/road is essentially a 90-degree angle. The car goes over and crashes at the bottom. There are other versions where I’m running to get away from something/someone, and I go over the side of a cliff. (As a kid, it was different — I was in a submarine that suddenly started filling with water, and I drown.)

I have dreams like this probably 4-5 times a year.

The most recent one happened earlier this week and included a big twist! Here’s what I remember:

I was in a wooded area on a hill — not a thick forest, but a nice, kind of bucolic grassy area with clusters of trees and bushes. Maybe like a big park. I didn’t recognize the area. (I never do in these kinds of dreams.)

For some unknown reason, my “emergency” mode kicked in and I had to get out of where I was. There was a guy in a car in the middle of the grass. I don’t remember him saying anything nor do I remember asking him anything, but I instinctively hopped in the passenger seat and he started driving away as fast as possible from God-knows-what.

As we’re driving, there seems to be only one way out. We can’t turn around and go back because that’s where the unknown danger is. But right in front of us is a thick group of bushes and trees blocking our exit. The guy slams down on the gas pedal so we have enough speed and power to burst through.

BAM! We make it through but … we instantly go right over the edge of a cliff.

(At this point in the dream, I’m semi-lucid and thinking to myself…here we go again. #eyeroll)

The car starts to fall and I see that we’re above a huge body of water — looks like the ocean to me. It gets a little hazy here because either we went into the water, which slowed the car’s fall, or there was some kind of parachute on the car that slowed us down in mid-air … or maybe the dream itself just went into slow-motion. I couldn’t figure out that part.

The guy tells me to grab the thing in his backseat — it was pretty flat and about the size of an extra large duffel bag. Whatever it was, that was gonna be our flotation device. I guess it was too big to grab while I was in the front seat, because next thing I know, I’m outside “standing” on the side of the car, pulling as hard as I can to get the back door open so I can grab this thing. Meanwhile, the car is still falling but in slow motion, or maybe we were already underwater. I guess if I was struggling to open the door, we were probably underwater.

I finally get the door open and grab the thing in the back seat. Next thing I know, we’re both at the ocean’s surface, holding onto this floaty thing. The car is gone. I’m feeling pretty bleak in the dream, but “semi-lucid Matt” is wondering what’s gonna happen next…because this is a totally new dream.

All of a sudden, I look to my right and I see six people off in the distance — not too far away, maybe 30-40 yards! Three of them are swimming and the other three are up on something that looked like a jetski but was much smaller than a jetski. All six of them are wearing white swim caps with numbers on the side. (Like professional swimmers, maybe?)

At the same moment that I start yelling and waving frantically, one of them sees me and then alerts the others and they all make their way toward us. They swim alongside us as we hold onto the mini-jetski thingies. Instead of the beach, though, we reach this concrete platform/walkway that’s right in the middle of the ocean. I couldn’t see far enough, but I assume it eventually gets you back to dry land. It’s exactly like an inground pool you’d have in your backyard — it’s got a little rounded ledge that I was holding onto while the others got out of the water first. While I was holding on, I could see more of the ocean on the other side of the walkway/platform.

When it’s my turn, I climb out, get up on the walkway and the dream ends. I didn’t die!

Given what happened to me just two months ago, almost dying in the Pacific Ocean before a group of 4-5 people pulled me out of the water … this was definitely an interesting development in my lifetime of dying in dreams!

I’m pretty sure the psychoanalysts and oneirologists would have a field day with this one. 😀

And for these reasons, Shark Tank Store, I’m out