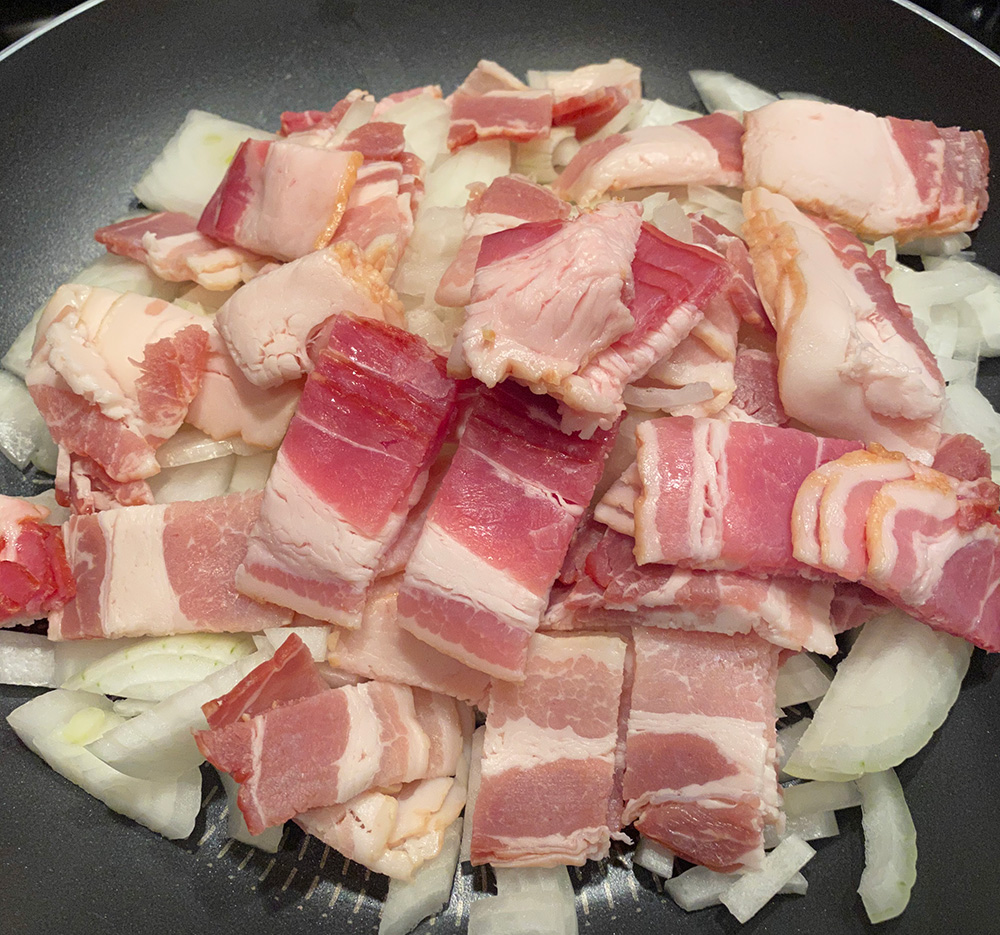 I figure since I’ve posted so often over the years about all the great burgers I’ve made, I should post when I screw it up, too.

Tonight’s “bright” idea was to caramelize the onions with bacon in the pan. I mean, right? Caramelized bacon and onions sounds like something they’ll have on the menu in Heaven.

And it sure looked good at the start.

That’s about three-quarters of a pound of bacon on top of about two medium sweet onions. There’s also a little butter under there, which was totally unnecessary.

I added some kosher salt and brown sugar and had some Sherry vinegar handy, but it was also totally unnecessary.

Why? Because the onion juices and the bacon fat combined to make what looked like soup for quite a while. As the burgers were getting closer to finished, I had to choose:

I went with the second option.

I don’t know if either option would’ve worked, but with option 2 I ended up burning the onions … which you can see starting to happen in the photo above.

It got much worse after that.

The bacon cooked just fine, and I was able to salvage enough of it to use on our burgers.

The burgers were still good overall, I suppose. Just not up to standards. Maybe a 6 on a scale of 1-10.

Live and learn. It was fun to try something new, but I really prefer it when the experiments work well.

The Evolution of My Wife’s Real Estate Logo