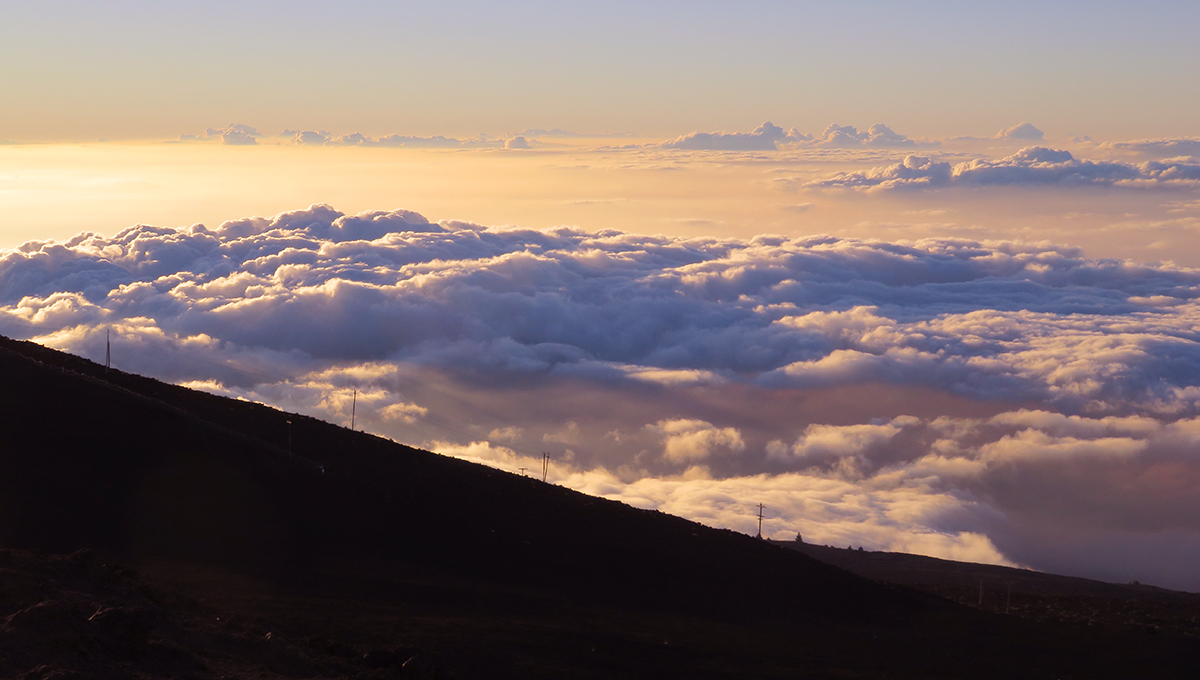 I flew to Dublin back in November for U2 concerts and had a great time. But in the days leading up to the trip, I began to dread the thought of flying over the Atlantic Ocean. Weird, because I’ve flown to Ireland a couple times in the past and flown to Hawaii a handful of times just in the past five years … and never did I worry or think about any dangers/risks of flying over the ocean.

In December, while making plans for a trip to Hawaii, I decided not join my wife and four friends on a snorkeling trip that involved riding out on the ocean on a sailing canoe. On the surface, I made the decision because it was way too expensive. But I later figured out there was a subconscious decision that was really guiding my decision — I was afraid to get on the little sailing canoe and head out into the Pacific.

When we made the trip earlier this month to Hawaii, the same fear of transoceanic flight hit me.

And then, when we were in Hawaii, everyone drove up to the top of Haleakala Mountain for a combo sunset viewing/astronomy tour. It was wonderful, but I hated the drive. The road was thin and dangerous with what seemed like a couple dozen switchbacks. There were cows grazing along the side of the road and sometimes standing in the middle of it — dangerous to any vehicle coming around a blind turn. I vowed afterward to never drive up Haleakala again.

While the rest of the group was out on the sailing canoe, I had about three hours alone and time to think about that question. The answer I came up with is that it’s because my dad died last year and I’ve been subconsciously fearing and/or avoiding risky things that could involve death. Now that I’m without my dad, I don’t want to die and leave my son without his dad.

Sure, walking outside or just getting the car and driving to the store could involve death, but those are common things that I do regularly. The stuff above isn’t.

It was something of a relief to have come up with a reason for my sudden fear of certain activities. But now I’m asking myself new questions: What else will I suddenly dread or try to avoid? Is this a temporary thing that I’ll get over someday? If so … when?

Great Italian Food in Maui? Try Antonio’s (in a strip mall, even)

4 Thoughts on POTUS and the Supreme Court opening