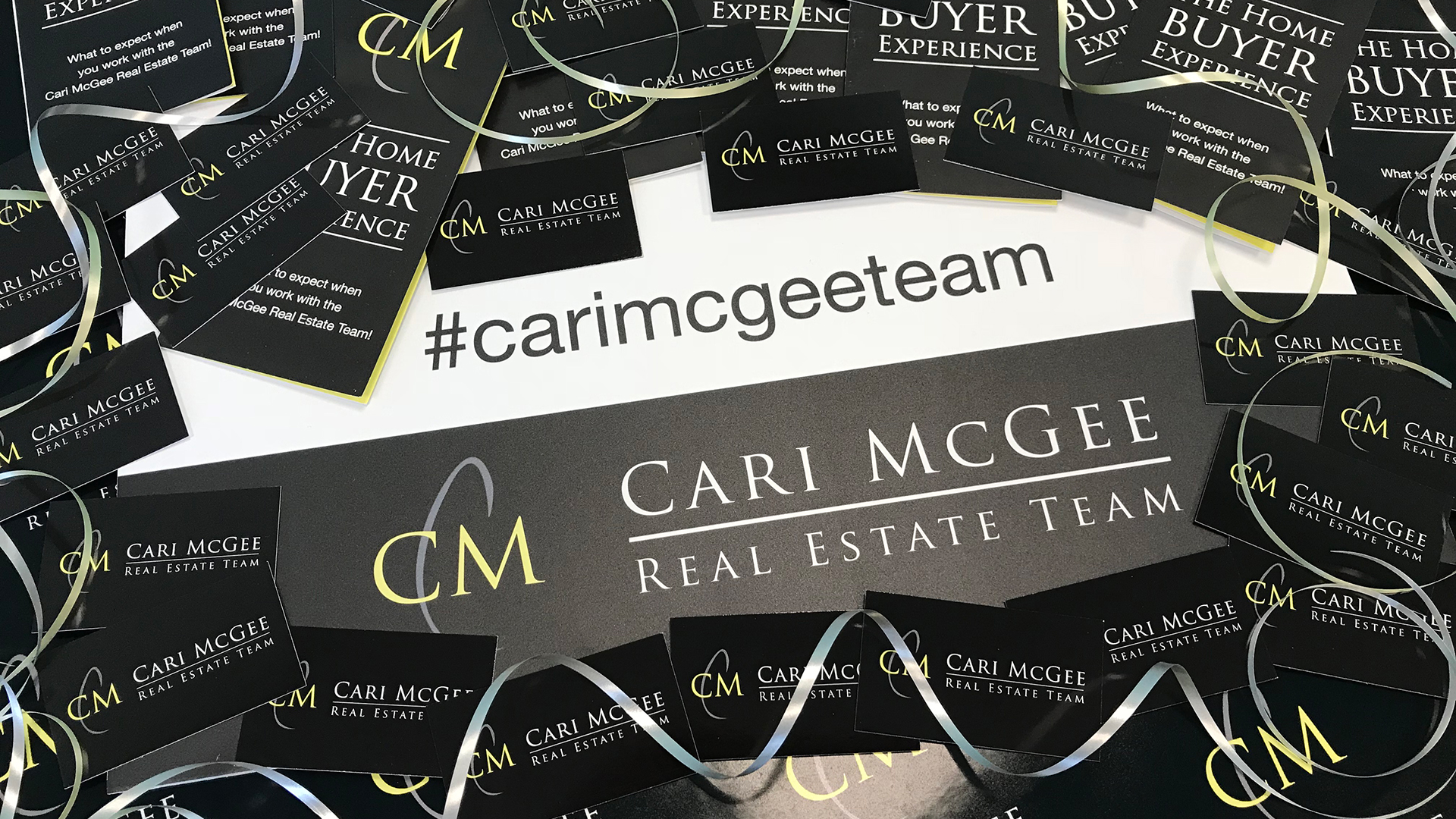 The Evolution of My Wife’s Real Estate Logo

Two years ago this month my wife and I finally agreed on a logo for her soon-to-launch real estate team. As a Keller Williams agent, she had (and still has) the freedom to brand her own team/business to the public. That’s different from many brokerages that require agents to use the brokerage’s logo and branding on signs, business cards, etc.

We met with a local design agency and and went back and forth for several weeks, before deciding that we weren’t making any real progress.

So I decided to take matters into my own hands. Way back in the day, I had been a graphic designer — primarily creating websites, but also doing some logos and branding, too. So I figured I’d try it again — I know my wife better than anyone, so I thought I might be able to come up with something she’d love.

It worked! On a single afternoon, I sent her more than a dozen logo options and we finally landed on THE ONE. I just re-discovered all those logos and thought it might be fun to put together a blog post about how it all played out.

Many years ago, Cari paid an enormous sum of money to an out-of-town design company that specialized in real estate branding. She loved what they did for her; I didn’t. It was print-focused and looked similar to this screenshot, which shows the header of her website.

The branding was basically a cursive version of her first name over a colorful painting. The painting had a ton of meaning for Cari — her dad painted it decades ago and it’s currently on display in our living room.

The design is unique and attractive, but not super functional. That multi-color painting looked great on print material like stationery and business cards, but it wasn’t something we could ever reproduce on clothing, pens, or a whole bunch of other swag. When we launched Cari’s team, we wanted to be able to put her logo on anything and everything, so the logo had to be simple … but also powerful and memorable.

Our process began with five ideas that I emailed to Cari on a Thursday morning, starting at exactly 11:00 AM.

(#1) Cari and I had decided by this point that we both loved a font called Trajan Pro. So that’s what I used for the “CM” and the full “Cari McGee Real Estate Team” name. She really wanted to keep her cursive name because that element had been so prominent in everything she did over the previous 4-5 years.

(#2) Mostly the same elements as #1, but put together differently.

(#3) I thought maybe the first two options, with all of the straight lines and block elements, might be a little too boring, so the curved top and bottom offered a different look here. And instead of the full “Cari” in cursive, I just used the capital “C.”

Looking back at these now two years later, it’s interesting that — aside from color — everything in the final logo shows up in these first three options.

(#4) Started to bring some color in here by dropping in a splash of the Keller Williams red in the lower corner of the block element. Just between us, I really liked this one — and still do.

(#5) Since Cari really wanted to carry on her dad’s painting if at all possible, this one incorporates a bit of that on both the top and bottom of the block element. Again, this would’ve been more difficult to reproduce in certain swag contexts, but sometimes you do things in the name of family bonds no matter what. In the email, I told Cari that if she liked this idea, we could just remove the painting elements or make them some solid color if we were putting the logo somewhere that the painting element didn’t work.

So those were the first five. I knew we were on the right track when Cari’s first email reply was to say that all five were better than what we’d been working with before. In a different email, she said she liked #1 and #5 the best, and also liked the “CM” initials in the block element. She also wanted to see something using dark gray and yellow, which were two colors she liked together.

Back to work I went….

(#6 / #7) These are basically riffs on #1, which we both agreed was a bit too cluttered. The only difference here is that #7 has the divider bar in between the cursive name and the text below.

(#8) This is a tweak to #2 above, where the signature in the box changes to the “CM” initials that we both liked better. Sneak preview: This became one of the final logos, but with some color you’ll see later.

(#9 / #10) These are both the same as #5 above, which Cari had by now decided was her favorite from the first batch — but with the painting strip only showing at the top or bottom of the block element, instead of both.

(#11) This is essentially the same as #5 above, but Cari wanted to see something using yellow and dark gray. The gray is the same as the official Keller Williams gray. Cari loved this one — she emailed back to say she was crying! Before she got too excited about it, I warned her that the yellow edges on the block element would be hard to see on white/light backgrounds — not enough contrast.

(#12) Another riff on #5, but this one has the “CM” initials in the block element instead of the cursive capital “C,” and has no other design in the block — that’s where our focus was by now. As you can see from the recent logos, we had settled on the right side — “Cari McGee Real Estate Team” in Trajan Pro separated by a divider bar.

(#13) As soon as I did this one, with the block element sized to fit the right-side text and the “CM” in yellow, I loved it. I sent it to Cari in an email with no words — just the logo speaking for itself. As you’ll see in a moment, this is pretty much the winner, but with some slight mods.

(#14) A riff on #9 and #10 above, but Cari wanted a piece of the actual bottom of the painting to be at the bottom of the block element. Even though we both loved some of the others, we were still trying at the last minute to find a way to keep her dad’s painting in the running. But it wasn’t working.

Those are the first 14 designs we worked on, and we were really close to finding THE ONE.

I don’t know what happened next — Cari may have come home from work, or I may have gone into the office. I only point that out because the winning logos, according to my filenames, were versions 21 and 22. So there are six versions that I must’ve shown her in person because they’re not in my outgoing email archives.

These are riffs on #8 and #13 above, with the main change being the combo of the capital “CM” and the cursive “C” inside the block element. By using the cursive “C,” we were able to hold on to one piece of the old “Cari” branding that people had seen for 4-5 years, so that was a Good Thing. But sadly, we couldn’t find a way to keep her dad’s painting in the mix. That was sad.

Since then, we’ve put the logo on pens, business cards, stationery, folders, banners, name badges, baseball caps, polo shirts, sweatshirts and more … and we still love how it looks!

“Enhanced Cleaning” on Airplanes – Where Has This Been All Along?