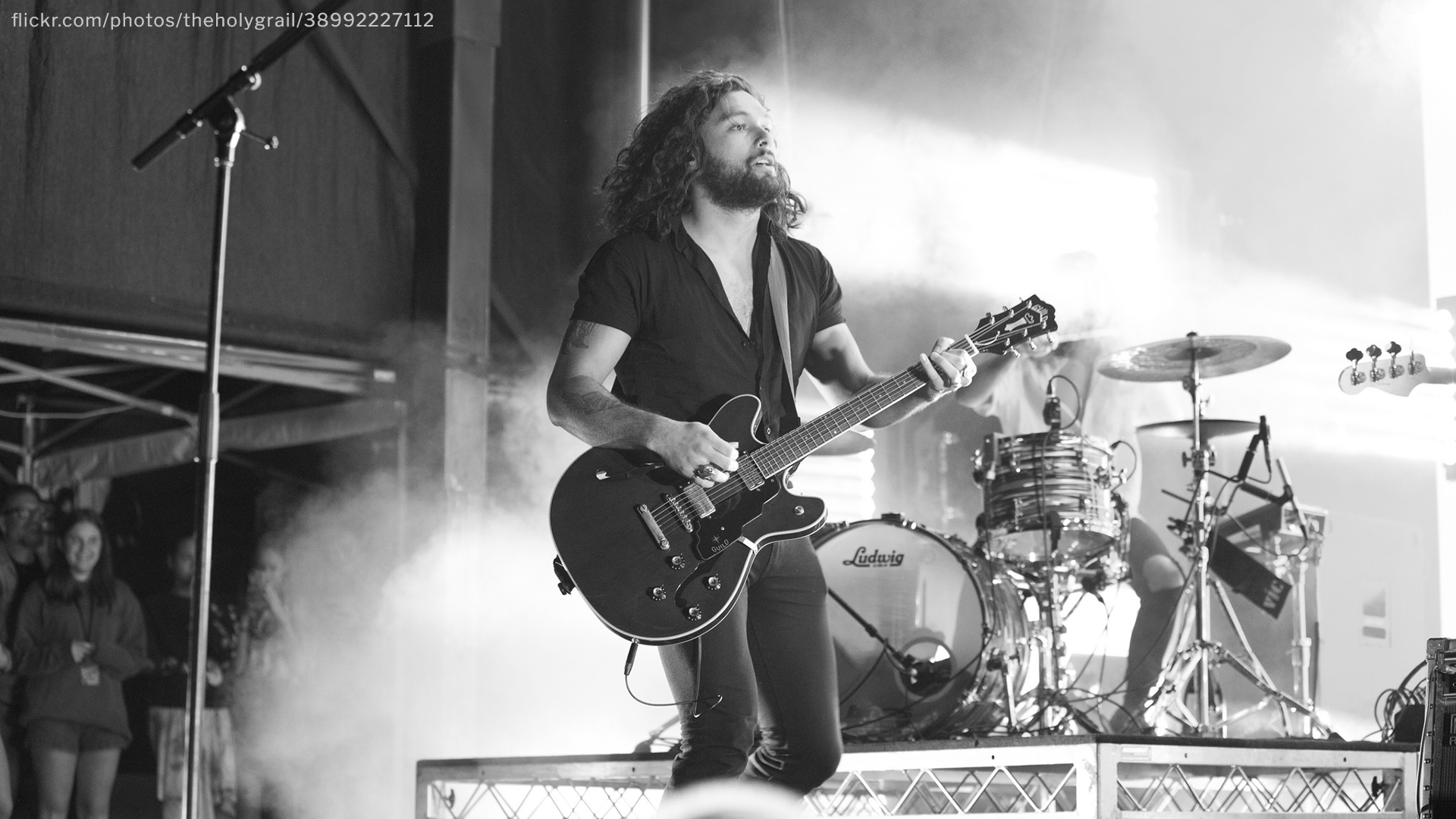 I Have a New Favorite Band I’ve had a lot of second-favorite bands over the years … Boxer Rebellion most recently, Collective Soul before that, etc. But I’m here to report that today, for the first time in 35 years, U2 has become my second favorite band.

They’ve been replaced by Gang Of Youths, an Australian band (now based in London) with two albums and an EP, and I can’t get enough of them. I have the same feels for Gang Of Youths that I had for U2 in 1983/84. I want to watch all the videos, read all their articles and interviews and just dig in to their music as much as I can.

And that’s what I’ve been doing, as evidenced by my Last.fm listening chart — this one shows the albums I’ve listened to the most over the past 90 days.

Over the years that I’ve been a U2 fan, there’ve been all kinds of bands that were supposed to be the “heirs to the throne” after U2 … Radiohead, Coldplay, Muse, The Killers, Kings Of Leon, etc. But for my money, Gang Of Youths is the band that can make the most legitimate claim to that title.

I’ve been trying to convert everyone I know to become a GOY fan, so I figured I’d make a list of things you should know about them — plus all the reasons I love them — and then I can just share this article in the future.

I think the best songs tend to come from pain. That’s why I’m so attracted to Achtung Baby, and also why I love a lot of Gang Of Youths’ songs.

Dave Le’aupepe, the songwriter and lead singer, has an amazing backstory. Got married at 21 to his girlfriend, who had cancer and has since died. (I think she died while they were recording their second album.) He’s struggled with alcohol and attempted suicide. Watch this short interview:

Many, maybe most, of Gang Of Youths’ songs seem to be about these struggles and losses that Le’aupepe has been through. The EP has a track called “Still Unbeaten Life,” written apparently in the final days of his wife’s life as she fought cancer. It’s something that could turn into a really maudlin song, but I love the mix of tenderness and defiance in the lyrics:

Oh, and breathe abundantly tonight
Dance atop the grave that has your name

I’ve never been a big lyrics guy, but the honesty and candidness of this band’s lyrics are utterly compelling.

They’re Okay With Being Uncool

Some of the band’s lyrics and song titles are nothing short of cheesy. The most recent album has a single called “The Heart Is A Muscle” and ends with one called “Say Yes To Life.” Amongst all the lyrics I love (above), they have some really iffy couplets like this:

Sometimes life sucks, everything is lame
Not everything’s as easy as making lemonade

Thing is, Le’aupepe absolutely owns it all. “Sometimes I worry that this shit sounds too twee or cliché,” he recently told Stereogum. Then later, he says “If Gang Of Youths are tacky, I don’t give a shit anymore.”

He wears his heart on his sleeve, as the saying goes, and screw you if that makes you uncomfortable. He’s not trying to be cool, and I love that.

This won’t be a comprehensive list, but here’s a sample of some of the literary references in GOY songs:

In addition to the literary references, Le’aupepe uses words like “solipsism” (in “Let Me Down Easy”) and “simpatico” (in “Do Not Let Your Spirit Wane”) and “ephemera” (in “Say Yes To Life”) and “emulsified” (in “Keep Me In The Open”).

I love a band whose lyrics make me open a dictionary or try to remember back to my English Lit classes in high school and college.

Look, I don’t know how else to describe this, but I just think these guys have written some incredible songs and they play them with fantastic musicianship. I’ll try to limit this to just a few….

And this next one is the same song as the second video above, but listen to drummer Donnie Borzestowski just go off in the final minute:

(Oh, and I LOVE how the bassist mouths the words at the end of the song as if he’s the lead singer. Beautiful!)

Wanna Give Them A Try?

My introduction to Gang Of Youths came via this David Fricke article on RollingStone.com titled “How Gang of Youths Are Living Their Dream of Being the Next U2.” That’s a good place to start. You should also read the Stereogum article I mentioned and linked above. And there’s a little more made of the U2-ishness of GOY in this Lefsetz column from a couple months ago. (“Bono should give up in comparison. I was totally enraptured,” he says.)

Musically, I began by listening to the 3-4 most popular songs of theirs on Spotify, and what looked like their most-watched YouTube videos. (Try these: “The Heart Is A Muscle,” “Let Me Down Easy,” “Magnolia,” “The Deepest Sighs, The Frankest Shadows” and “What Can I Do If The Fire Goes Out?”) After that, I went back and listened to their catalog in order: The Positions, Let Me Be Clear then Go Farther In Lightness. And I haven’t stopped listening to them since. (The lyrics posted on Genius.com have been a big help, too; a lot are annotated with quotes about the songs from previous interviews, so you learn some of the backstories and meanings.)

One of the cool things is that every week seems to involve a new discovery of a song that I love. It’s like a musical Christmas with a new gift the more I listen.

“Do Not Let Your Spirit Wane” was my first favorite, for reasons that I’ll explain in a separate blog post that I’m struggling to finish.

“The Deepest Sighs, The Frankest Shadows” was my next favorite, and probably still is … it’s my “new Streets,” the song that lifts me up the way “Where The Streets Have No Name” has lifted me up for a couple decades.

“Still Unbeaten Life” is a slow gem that I adore. “The Heart Is A Muscle” is kinda cheesy but in the best way possible, and I went through a stretch where it was a fave. Ditto for “Radioface.” Right now, “Keep Me In The Open” is the tune I can’t get enough of — not my overall favorite, but it’s this week’s gift.

One note as I wrap up: If you DO spend some time listening to these guys, you’ll quickly find out that Dave L. is a pottymouth; lots of their songs are labeled “explicit” on Spotify. That might’ve bothered me 10-20 years ago, but at the ripe age of almost-50, I have a major case of DGAF when it comes to stuff like that. Your mileage may vary.

I don’t know if this is a permanent change atop my “favorite band” list, but I’m not gonna worry about it. Just enjoying the music and discovering as much as I can about this new (to me) band. So if you see me tweeting incessantly about Gang Of Youths, now you know why.

Not Just Burgers … Chicken Sandwiches, Too