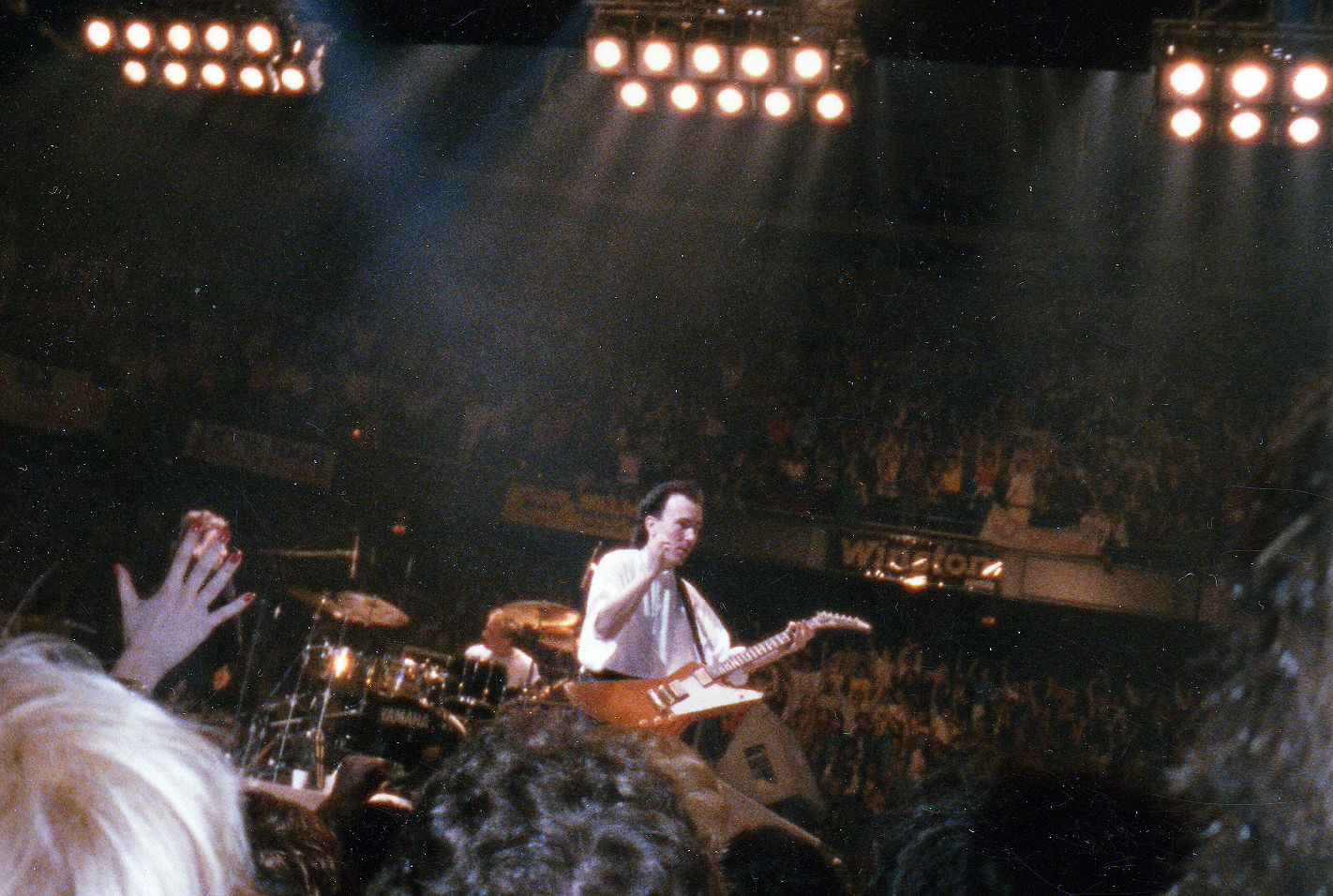 It was 33 years ago today (My first U2 concert) The story begins a couple months earlier, on a Saturday morning when tickets for U2’s April 22 show in Philly went on sale. I couldn’t get to the mall early enough to line up for tickets, but my dad finally drove me there around lunchtime. I walked to the Ticketron outlet, which I think was located in the back of JC Penney, and asked if there were any U2 tickets left for April 22. The lady typed some stuff into her ticket machine and told me the only seats left were in the upper level behind the stage. I told her I wasn’t interested. (What a snob I was!) She said they might add another show if this one sells out.

Off I went into the mall with about $50 burning a hole in my pocket. I walked to the other side of the mall and went to Listening Booth, one of the two record stores it had. I was probably browsing for 10-15 minutes and had grabbed a couple vinyls to buy. The store was playing WMMR-FM, the main Philly rock station. U2’s “I Will Follow” came on so I decided not to go to the register just yet. At the end of the song, the DJ came on and started talking about U2’s tour and s/he says, “Tickets for U2’s April 22 show have just sold out and the band has added another show at the Spectrum on April 24. Tickets for that show go on sale in five minutes at all Ticketron locations.”

I dropped the vinyl records immediately, left the store and ran as fast as my pudgy 16-year-old self could run — all the way across the mall back into JC Penney and back to the Ticketron outlet. It took me four minutes to get there. I was fourth in line and out of breath.

The lady recognized me and smiled when it was my turn. I asked for U2 tickets on April 24 and she told me the best available were 4th row floor seats. (Yes, actual seats on the floor.) I bought two for less than $50 and went with my great friend from high school, Chris Gennusa.

Our seats were a little off-center on Adam’s side. Lone Justice was the opening act and I really enjoyed them. When U2 came on, there was a surge forward as people all around of us got out of their seats and went toward the front of the stage. I think we ended up in the equivalent of where the first row had been. The energy and vibe that I felt for the next two hours, or however long it lasted, was amazing and something I’ve only ever felt at one other show. (April 20, 2001, if you’re curious.)

I snuck in one of those Kodak Disc cameras (yes, in my pants!) & 10 of my photos came out. They’re on Flickr. The best one is up top of this post.

It was an unforgettable night and the start of a wonderful journey.