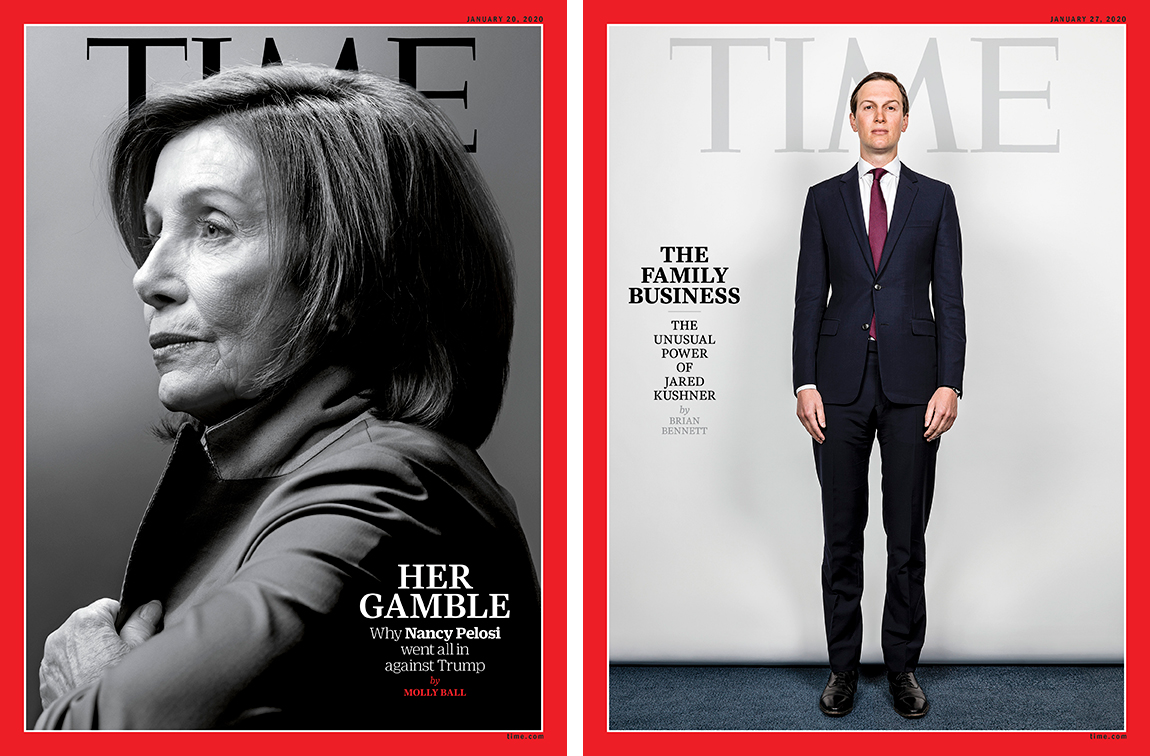 Here are the two most recent TIME magazine covers, each featuring two of the most powerful people in Washington, DC.

On the left, a dramatic black and white photo that was posed and lit to highlight the subject’s thoughtful demeanor as she weighs the decisions she’s made and the ones she’s yet to make. She’s looking into the distance, facing the light and with the darkness behind her. The photo is meant to be both inspirational and aspirational, and it succeeds.

On the right, a bland color photo that was posed and lit to present the subject in the most dull and uninspiring way possible. He’s in the most basic stance a person can make, looking straight at the camera with hands at his side — the kind of pose you’d do for an elementary school photo. His tie isn’t straight. The bottom of his suit jacket is open enough to sloppily show the tie beneath and one jacket sleeve is high enough to show the shirt beneath, while the other shows a bit of his watch.

Now in your mind, flip these two covers. Imagine the Pelosi cover with her standing back to a wall, plainly looking at the camera, somewhat disheveled in appearance … and then imagine the Kushner cover showing him in striking black and white, staring ahead toward the light.

Quite a different impression, isn’t it?

As I’ve said before (and will certainly say again), media bias can show up in very subtle ways: “I love journalism. I hate the way our current president (and his predecessor) attacks journalists. I think the work that our press does is utterly critical to a strong democracy. But I also hate how so many of them let their personal biases slip into their work.”

That applies to you, too, TIME magazine cover designers.