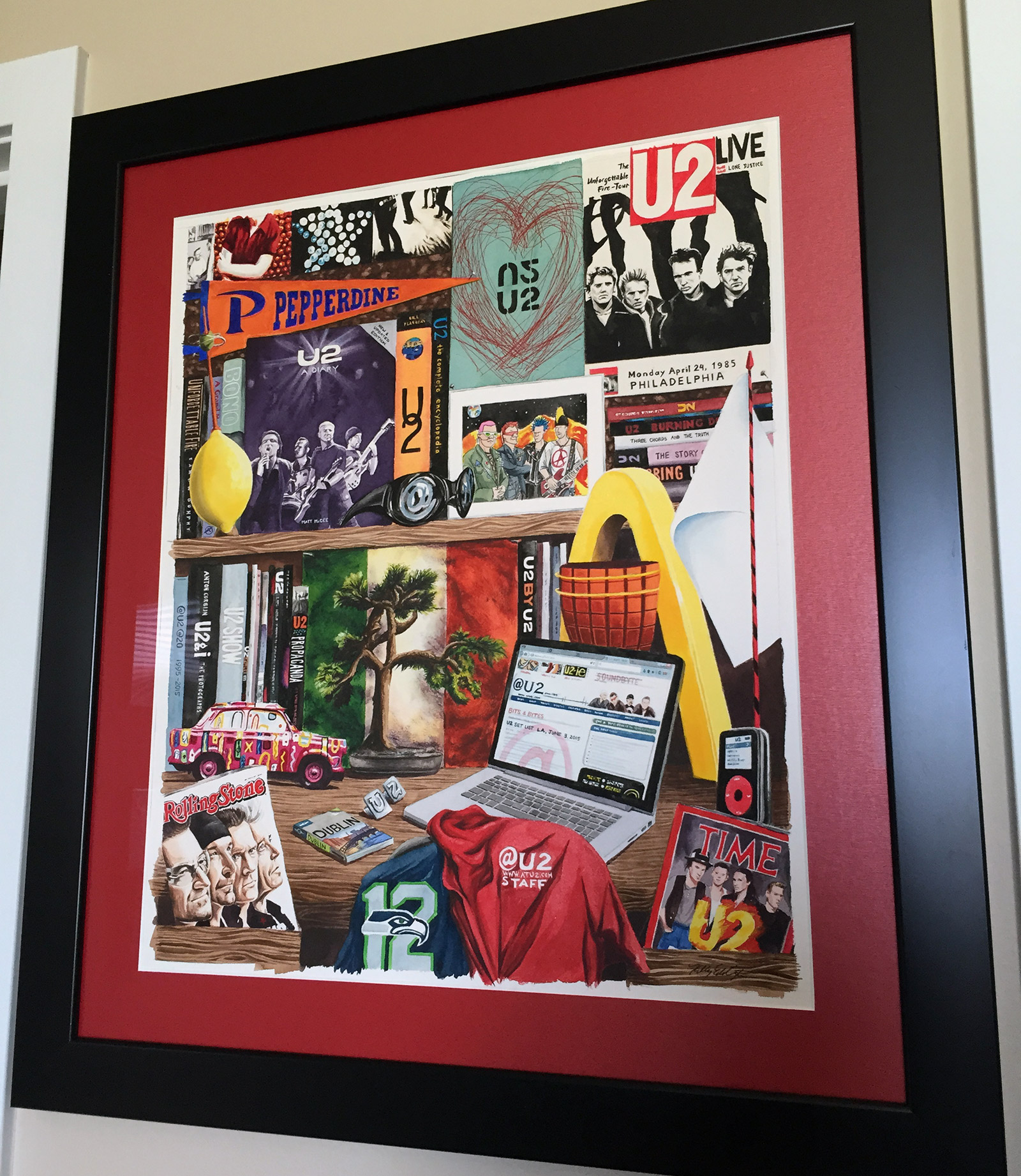 My U2 Fandom Captured In A Painting

It’s hard to imagine that someone could capture my U2 fandom (and other fandoms) in one painting, but that’s exactly what my friend Kelly Eddington managed to do.

What you see above is a gift given to me by the @U2 crew just moments before our 20th anniversary party began last month in New York City. I’m not quite certain how it all happened. I gather that Sherry Lawrence organized the effort, that the staff pitched in financially to reimburse Kelly for her time and effort, and that she did the amazing work in recreating what’s really close to being a mini version of my home office! I know that, at one point, my wife had to quietly come in to my office and take photos to be sent along to Kelly. All of this was done in complete secrecy and I had no idea anything like this was in the works until the party.

The detail that Kelly managed to include in this painting is beyong amazing. The upper right is a replica of a concert poster from what was my first U2 concert — April 24, 1985 in Philadelphia. To the left is a Pepperdine mini-pennant — that’s my alma mater. Below that is my book, U2 – A Diary. The laptop on the desk has the @U2 home page showing on the screen, and below is my favorite @U2 staff shirt (the magical red one) and a Seahawks “12” t-shirt, too. You may need to click the image to see some of the intricate detail — like the @ symbol and my signature “m2” that are painted on the lenses of the Fly Shades on the shelf.

Kelly: Thank you so much. I love it. It’s perfect. Beautiful. Stunning. And it’s hanging on my office wall, in clear view as I sit and work at my desk.

Sherry: I don’t know where you get these crazy ideas, and I certainly don’t feel like I deserve any special gifts from the team that has given me so much already, but thank you.

@U2 folks: You guys are such a blessing in my life, particularly in the past six months when I’ve been fighting through some difficult times. Thank you for making this possible. I love working and playing with you on all the @U2 stuff we get to do. You guys are the best.