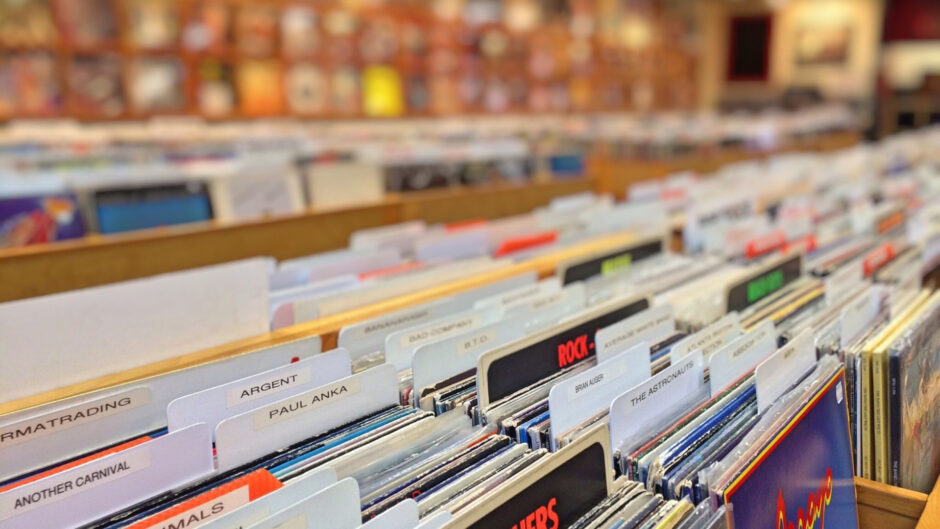 Was 1983 the Greatest Year in Music History?

Here’s a list of just some of the great albums that were released in 1983. These are so good and so well-known, that I bet music fans of my generation don’t need me to put the artist’s name next to each one.

How amazing is that? All 42 of those albums came out in 1983. That list represents a good portion of the great early/mid 80s bands and solo artists, and they all put out an album in the same year.

But even without those, I’d say 1983 was the single greatest year in music history thanks to this list of great albums by great artists.

(Image by Wokandapix from Pixabay)

Nevermind that it’s the summer of 2017 right now. Close your eyes and transport yourself back to 1984-85. Think of what you heard on local radio stations and saw on MTV.

I took my best girl down to the Spectrum in Philadelphia to see Adams’ concert on October 5, 1985. (Actually, I think we had broken up by this time but remained friends. Either way, it doesn’t matter.)

I have no recollection of writing a concert review for my high school newspaper, but apparently that’s exactly what I did. An old friend recently sent me scans from the January 1986 edition of The Flame. I already posted one of the two articles with my byline from that issue, so here’s the second: my Bryan Adams Philadelphia concert review.

(You can click to read a larger version of the first image if you need to.)

Thanks again for sending these along, Joe. 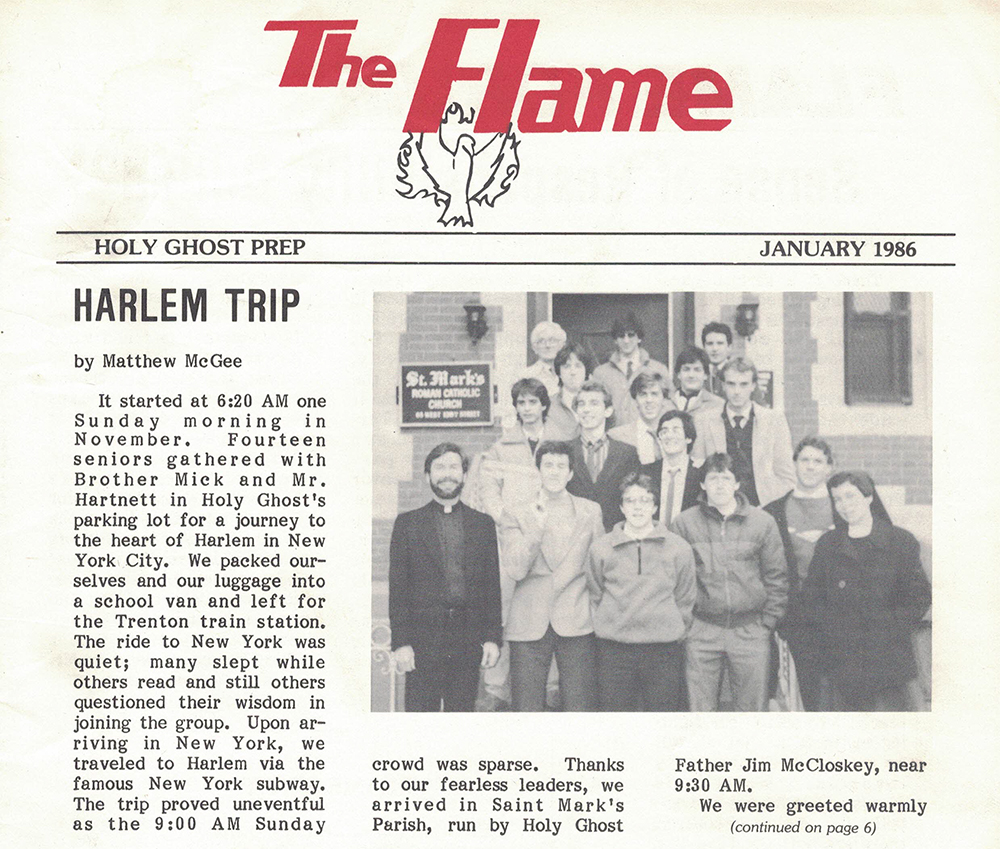 The Start of My Writing Career: “The Flame” (my HS newspaper)

An old friend emailed me not long ago — a guy named Joe Madgey that I knew in high school but hadn’t heard from since high school. (For those of you who don’t know me too well, high school was a loooooooong time ago.) He had Googled my name and found this blog and used it to get in touch. It was great to hear from him.

Joe described himself as a “pack rat” and told me that he’d been going through old stuff he had saved, and found a copy of The Flame, the newspaper that we produced at our high school, Holy Ghost Preparatory School. He scanned and sent it along because there were two articles in it that I’d written. One was a review of a Bryan Adams concert that I’ll share in another post soon. But first I’ll share the article I wrote after 14 of us took a senior class trip up to Harlem, NYC.

I remember the trip vaguely now. But re-reading the article brought back a bunch of memories that I’d long since forgotten. I lived pretty comfortably in the Philadelphia suburbs, so seeing some of the poorer areas of Harlem was very eye-opening to 17-year-old me.

(You can click for the larger versions of each image if you need to.) It’s not the first article I ever had published in the HS paper, but it’s pretty close to the start of my writing/journalism career — and probably the oldest piece of my own writing I’ll ever find. Unless, of course, Joe keeps digging through his old stuff and finds more!

Thanks for passing this along, Joe. I listen to music pretty much all day while I work. And a lot of that is ’80s music. (The best decade for music, bar none!)

But now that I’m comfortably in my mid-40s, I find myself having this experience on a daily basis: I’ll hear a song that I used to love with lyrics that I thought were so profound and I’ll just laugh at how unbelievably bad the lyrics sound now and how silly I was for thinking otherwise.

Like just yesterday, I heard a song by The Fixx called “I Will.” Not one of their hits, but I remember playing it over and over for a time back in the ’80s. And I just thought these lyrics were amazing:

The pleasure of life is the pain of living
What we take out is replaced by giving
If you can contain your own emptiness
Then life is forward, no idle regrets

If the love doesn’t set you free
Then I will

Dude… the pleasure of life is the pain of living!

The teenaged Matt McGee was blown away by the depth in those words. The mid-40s Matt McGee chuckles every time he hears that line … and hundreds of other 80s songs with lyrics that don’t seem nearly as deep now as they did then.