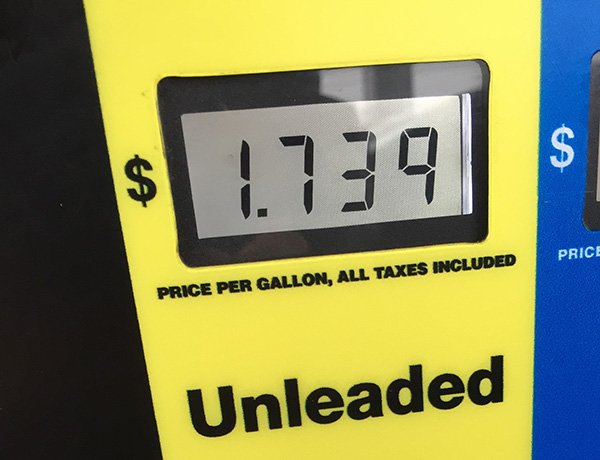 I paid $1.74 for gas today. Maverik in Richland. I already had about a quarter-tank left, so the fill-up was less than $16. Just crazy. Interesting article on USA Today about the “cash for clunkers” program. What did people use the program for? To upgrade their pickup trucks and SUVs. FAIL.

AP reports that for 8,200 deals — the most common — buyers traded in their old Ford 150 pickups for new Ford 150 pickups. Fuel economy for the new trucks is just 1 to 3 mpg better than the clunkers — less than 20 mpg.

Right on Ford’s bumper were big old Chevy and Dodge pickups that were traded in for big new Silverados and Rams.

Overall, more than 95,000 new vehicles — about one in seven — got less than 20 mpg. On top of that, taxpayers subsidized scores of deals — totaling $562,500 — for new cars and trucks that got worse mileage than the trade-ins.

Let’s get Peter Schiff into politics

Peter Schiff: How He Would Fix America

I don’t know how anyone can disagree with all that.

And the ones who agree have started a grassroots campaign asking him to run for U.S. Senate. It’s at www.schiff2010.com.

This about sums it up… The more I read, the more I like this guy. Here’s Peter Schiff in US News talking about how dumb it is for the government to be trying to create the illusion of value in the real estate market:

“It’s interesting: Initially, Fannie and Freddie’s mission was to help houses be affordable. Now, their mission is to keep housing prices expensive. They are trying to prop up prices and not let them come down. That’s the kind of stuff that the government did in the Great Depression. The government tried to stop food prices from coming down; they were destroying cattle and plowing under fields because they didn’t want food prices to go down. In bad economic times, they were trying to maintain high food prices so that people who are unemployed have to spend more money to eat. So, now they are trying to maintain high home prices. It’s stupid. Why not let home prices fall so that people can buy houses cheaper?”

“…the government is trying to artificially prop up houses because as housing prices fall it exposes the extent of the damage in all these lending institutions that hold all these mortgages. And they are trying to maintain the illusion of home equity to the American public so they will spend more and save less, which ultimately undermines our economy.“

I just don’t get how anyone with a working brain can think it’s a good idea for the government to pump money into banks to prop up a system that clearly doesn’t work. Let it break, then fix it. All they’re doing is putting hundreds of billions of dollars of band-aids on it.

Our new president will likely soon sign the biggest financial swindle ever put over by the US government on its people. If you want to know where your money is going, you may want to

It’s searchable, too. Type in “highway” or “bridge” or whatever floats your boat and see what they’re spending money on. Also interesting to see the “most comments” section for what other people are talking about.