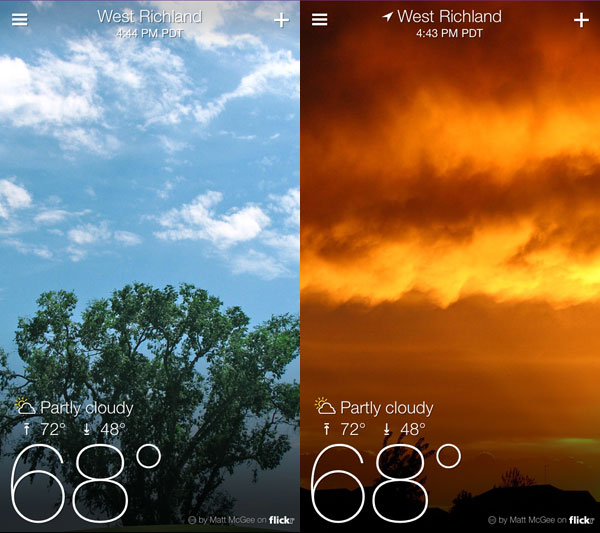 My first photo showed up in the Yahoo Weather app a month ago, and now I’m up to 11 photos in their system. Some are winter pics, so those won’t show up for a while. But I’ve started seeing several of my contributions in the app for different local cities, like these: I still use […]

How’s this for a fast turnaround? Less than 24 hours after I submitted a couple dozen photos to Yahoo for possible inclusion in their new weather app, one has already been accepted! A little after 6:00 pm tonight, I got Flickrmail from Yahoo letting me know that one image I submitted didn’t meet the size […] 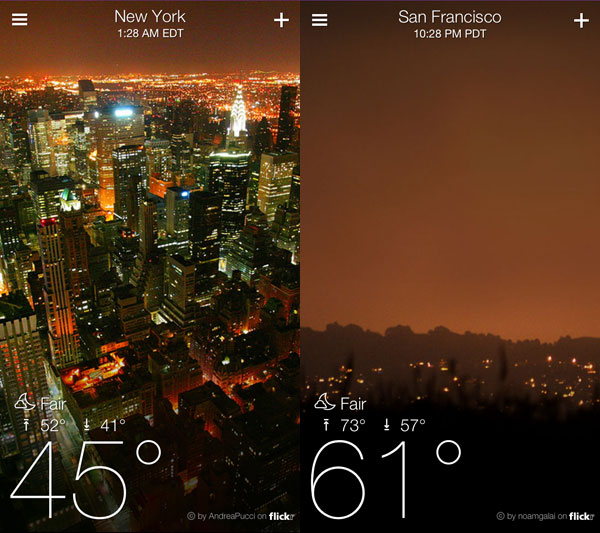 Yahoo launched a new weather app last week, and it’s getting rave reviews. Pretty amazing, because there’s only so much you can do when it comes to presenting weather info, right? What Yahoo’s doing differently is crowdsourcing stunning photos from Flickr users. Here are a couple screenshots I took last night: Every image is credited […]

Gotta say that Flickr is doing some nice things lately. A week or so ago, Flickr released a new iPhone app that people love — me included. It’s really terrific, a huge improvement over the previous version. Tonight, after seeing some tweets from Phil and others, I hopped over to Flickr’s website and found this […]

Flickr just invited me to take a survey when I visited flickr.com tonight. With all the talk about Flickr’s future and Marissa Mayer taking over at Yahoo, how could I resist taking it? Despite a warning that the survey might take 15-20 minutes, I gave it a try. When I clicked the “Yes” button, I […]

While looking through some of my old photos on Flickr last night, I realized that I joined there seven years ago this week. My very first photo was a boring shot from Seattle Seahawks’ training camp up at Eastern Wash. Univ. in Cheney. I think that was the first year they moved camp to Cheney, […]