It’s hard to come by a good sunset in the dead of winter, but we sure lucked out with one tonight in the Tri-Cities. Holy cow, was this amazing to see — a panoply of colors!

You can click for a much larger version, and I highly recommend it. 🙂

That’s the view that I had every day of my freshman year at Pepperdine University. It’s a photo from the front of Dorm 11 and … wow … it was even more beautiful last month than I remember it being 25+ years ago.

We had some Search Engine Land/Marketing Land staff meetings last month down in the Los Angeles area, and I couldn’t resist the chance to check out my alma mater for the first time in (I think) about 12-13 years. So I took a day off and arrived early, rented a car and made the short drive up Pacific Coast Highway from Santa Monica to Malibu.

Fun! It actually reminded me of the beautiful drive from the Maui airport west toward Ka’anapaali Beach.

I made plans to meet up with an old friend — my friend Alan of Historical Tweets book fame — for lunch, but since I got to campus at about 10:00 am, I had plenty of time to walk around. I checked out the dorm area and the upper sports area (soccer field and track). I hiked up to the new Communications Division and found that they’re showing a photo of ABC’s Bill Weir, but not a photo of me or my friend Kent … even though we’re the ones who gave Bill his first at the campus TV station!

It was a great visit and now I really want to go back again with the rest of the family. Until then, the McGees will have to settle for the 16 photos that I’ve shared on Flickr. I’ll embed the slideshow below. Enjoy! 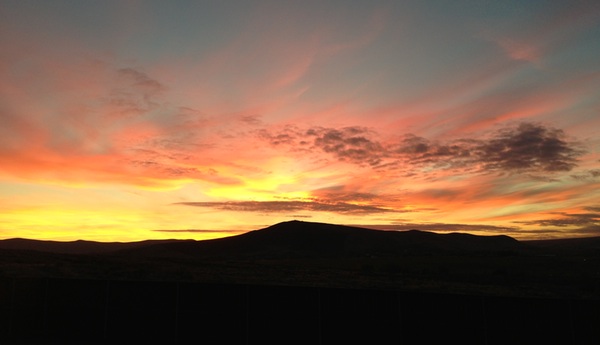 Wednesday was our 225th day in the new house* and wow, did we have a beautiful sunset, or what??!!?? That’s gotta be in the top five or 10 sunsets since we moved in. I had looked outside at around 5:30 or so and it wasn’t looking too good for a special sunset, then 45 minutes later or so, that.

* No, I didn’t bust out a calendar and count the 225 days. I asked Wolfram Alpha. 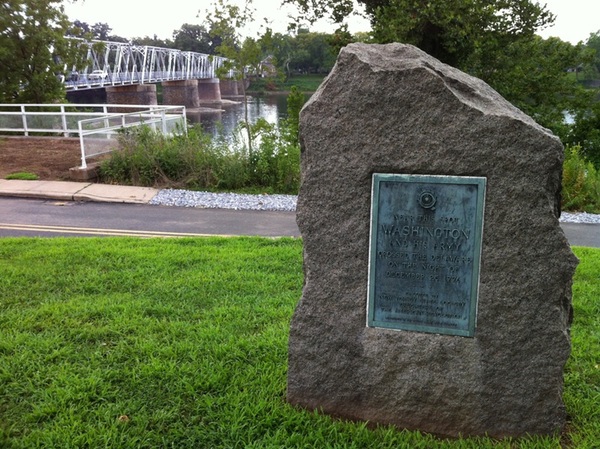 Where Independence Was Saved The photo above is where Washington crossed the Delaware with a ragtag army of soldiers on December 25, 1776, many of whom were only committed for a few more days of service.

The war was not going well at the time. The British had won several battles in a row, forcing Washington’s troops down from New York, across New Jersey and back into Pennsylvania. The Declaration of Independence had been signed five months earlier, but unless the war turned for the better, we were likely to remain a British colony.

Washington boldly decided to cross the Delaware River on Christmas night, 1776, and try to surprise Hessian troops in Trenton. Despite a terrible storm that left much of the river icy and slowed their progress, they made it across. Further down the river, two other generals were unable to get their troops across.

On their own, Washington’s troops went on to defeat the Hessians at Trenton, and then won another battle at Princeton. As word spread of the victories, the Revolutionary Army was emboldened and British soldiers began to doubt. The rest, as they say, is history.

There’s a great, 30-minute documentary about the crossing and the battles called “10 Crucial Days.” If you ever get a chance to see it, you should. It’s not a stretch to say that our independence was saved in this timeframe.

Today, there’s a marker and other historical sites in the area to mark the spot where Washington’s troops landed on the New Jersey side. (That’s the photo.) There are two Washington’s Crossing state parks — one on the Jersey side and one on the Pennsylvania side. The former is bigger and has a visitor’s center with some amazing artifacts from the Revolutionary War. The PA park/center is undergoing renovations at the moment.

I grew up 30 minutes from here, but never visited it until three weeks ago when the whole McGee family went cross-country (from Washington state, appropriately) to see my side of the family. 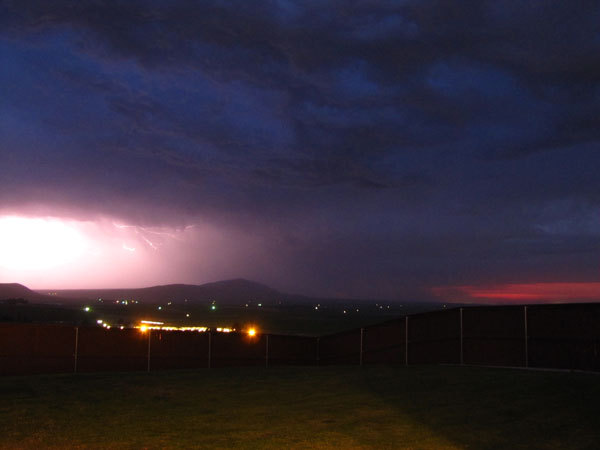 There was a pretty wild storm that moved into the area tonight, but fortunately it stayed several miles to the west of us. That meant we got to see it, but didn’t have to experience it first-hand (aside from a little bit of windiness).

It made for some pretty cool photos from the back yard, though.

Here’s the before photo of the sunset and the crazy clouds that were rolling in. And then, maybe an hour later, I got lucky and caught a flash of lightning just as the sunset was about to come to an end. The whole thing was amazing to watch. And we were lucky that it stayed away from us. Heard there were some power outages and such elsewhere in town. 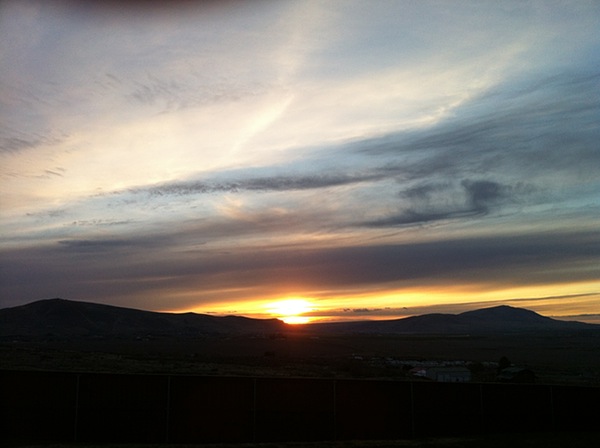 This is from last night (Friday), which was day 39 at the new house. Can’t wait until the weather warms up just a bit more and the wind goes away, so we can sit out on the patio well into the evening hours.