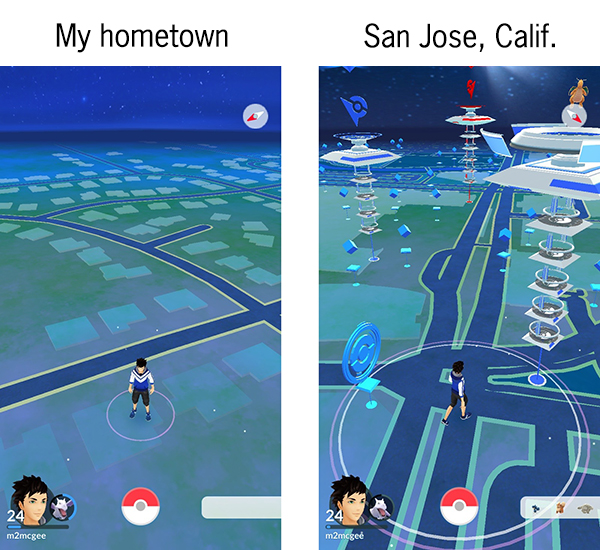 Confession: I’ve been playing Pokémon Go almost since it launched last July. Maybe in a separate post I’ll explain why I started; but once I did start, I really found the game enjoyable and addicting, even though I knew nothing about Pokémon.

For example, where I live there are no Pokéstops or Gyms within walking distance. Nothing. If I want to go hit a Pokéstop, I have to get in the car and drive to find one. And then I have to drive to the next one, and the one after that. The nearest gym is more than a mile away. Upgrading and advancing through any level takes a looooooong time. #firstworldproblems

In big cities, you might have access to 2-3 Pokéstops and/or gyms while sitting in your arse in the living room. (Kinda ironic since one of the ideas of the game is to get people out and walking/exercising more.) If you do go for a walk through a big city, you have access to dozens of gyms and Pokéstops, which means you’re gonna advance through every level really quickly.

Consider these screenshots of me playing the game at home and during a recent trip to San Jose: Now this probably comes across as a big complaint about small/mid-sized town life. Nope, it’s not. (I could never live in a big city, no matter how great the Pokémon Go-ing would be. Very happy where I am, thank you very much.) It’s just the observations of a player who’s maybe a little jealous of other players and hopes they realize how different the game is for some of us.