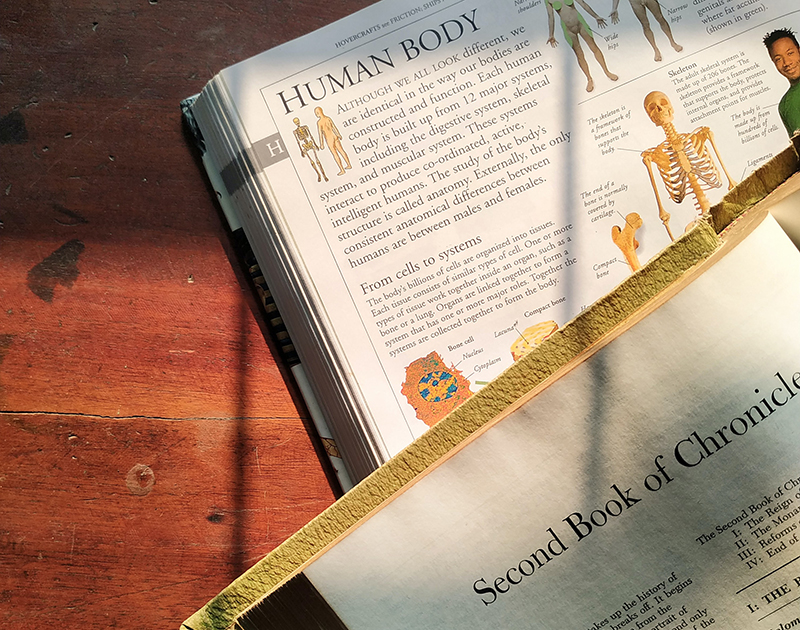 Over the past 9-10 months, it’s been both sad and frustrating to see so many people trashing and mocking the scientific community.

I see and hear it almost every day from people I respect. They mock science, scientists, doctors, and anyone who supports/believes what scientific and medical experts say.

This seems to be borne of the fact that medical advice related to the pandemic has changed over time. I get it; that’s been frustrating for all of us to some degree.

What it’s really borne of, in my opinion, is a misunderstanding of what science is and what it isn’t.

What Science Is & Isn’t

Science is NOT a fixed set of practices. It’s not an unchanging list of facts. It’s not a group of techniques that are written in stone. It’s not a collection of permanent processes. Science isn’t over.

Science is research. Research implies learning new truths and new ways of doing things. Science implies change. The more we learn about this amazing universe that God gave us, the more we adapt to what we know; the more we change our beliefs and behavior. We used to think it was fine to smoke all the cigarettes we wanted. Then science came along and showed us that smoking kills us, so the medical advice around smoking changed and our collective behavior (for the most part) changed, too.

I hate it when speakers do the “let’s see what the dictionary/Wikipedia says” schtick, but I’m gonna do it here anyway. A few definitions of science from people who know more about science than me:

NASA (on a page written for youth): “Science is not just a tidy package of knowledge.”

Australian Academy of Science: “Science can be thought of as both a body of knowledge (the things we have already discovered), and the process of acquiring new knowledge (through observation and experimentation—testing and hypothesising).”

UC Berkeley (on a page for students/youth): “Science is a body of knowledge that one can learn about in textbooks, but it is also a process…. Science is an ongoing process, and there is much more yet to learn about the world.”

That Berkeley page also says these are two common misconceptions about science:

Science, like life, is about constant observation, discovery, re-evaluation, and change. So when scientists are dealing with a virus that didn’t exist 16 months ago, it only makes sense that this ongoing process of discovery and re-evaluation will lead to changes in how we should behave.

When we had our second child, Cari and I already had a really good understanding of how to deal with newborns — because our first child was four years old. We had this “baby stuff” all figured out! Oh, but we didn’t. Because child #2 was very different from child #1 and we had to re-discover and adjust how we parented.

Science is like that, too. It’s the “process of acquiring new knowledge.” And the more we learn, the more we adapt. It’s “not just a tidy package of knowledge.”

Science is Not Infallible

Some of the anti-science sentiment I see also seems to be a reaction to the fact that some pro-science people think science is infallible — it’s always right, always pure. That’s not the case, of course.

Science is not always correct. Hundreds of years ago, “science” thought our sun was the center of the universe. But as our tools for observing the universe improved, we came to learn that the sun is only the center of our galaxy, and our galaxy is just a small part of God’s universe.

Science is also not always perfect. Because the field of science is made up of humans, and humans are imperfect, there’s fraud and corruption in science just as there is in any industry where humans are involved. That link lists numerous scandals ranging from plagiarism to manipulating results and fabricating data.

I do worry about those who seem to put all hope and faith in science. To them, I would say that miracles happen every day. There are countless people who were told they had an incurable disease and faced certain death, but are alive today with no explanation that science/medicine can provide.

Likewise, I worry about those who seem to put no hope and faith in science, especially Christians. I would remind them that the scientists they dismiss, distrust — or even worse, mock — are all created in God’s likeness. God loves each one of them. God gave them their skills and talents. Mocking them and their work is mocking God’s creation.

Are science and religion in conflict with one another? Turns out that most physicists and biologists don’t think so.

Maybe that’s a healthy attitude we can all try to adopt?

(photo by Tony Sebastian on Unsplash)

I Don’t See How This Could’ve Just Randomly Happened

I don’t love going to see the chiropractor, but when I have to go, I do love looking at the posters of the human body on the walls in each room.

You’ve probably seen posters like this, too — in your doctor’s office, or in grade school/high school, etc. You don’t have to be a doctor or a teacher, or even an expert in anatomy or biology to look at these posters and be completely amazed by the human body.

One poster shows the muscular system. It’s a rich tapestry of perfectly placed muscle and ligaments, everything connected in perfect fashion, layers over layers with each part working together like a well-oiled machine.

Another one shows the spinal nerves — this incredibly specific route of lines branching out from the spinal cord, each one perfectly spaced and pointed right where it needs to go so the spine can do its thing in harmony with the rest of the body.

There’s a third one, somewhat like the second, but this one details the entire autonomic nervous system. It’s crazy to see this symphony of ganglia and nerves, all interconnected and serving as relay points between different parts of the body.

I look at these posters every time I visit. I never lose interest, and I always learn something new. The human body is a mind-blowingly amazing piece of work.

And every time I look at these posters, I wonder: How can anyone think this just randomly happened? It’s so obvious to me that this level of sophistication had to be planned and created. As a Christian, I obviously credit (and thank) God for this. But it seems to me that even a non-Christian must at least conclude … yeah, this is intelligent design at work.

I don’t love going to the chiropractor, but I do love the faith boost it always provides when I think about the amazing human body that God created.

There are meteors hitting Russia right now and we’re somehow just finding out about it.

Hey Science, this is the kind of sh** that I expect to know about months in advance. #fail

Check out this one at the :12 mark when a meteor starts coming in view up in the sky.

This one is similar, with the meteor coming down 10 seconds into the video. I’d have to pull the car over and start running the other way.

I think the same explosion happens in this one right when the video starts.