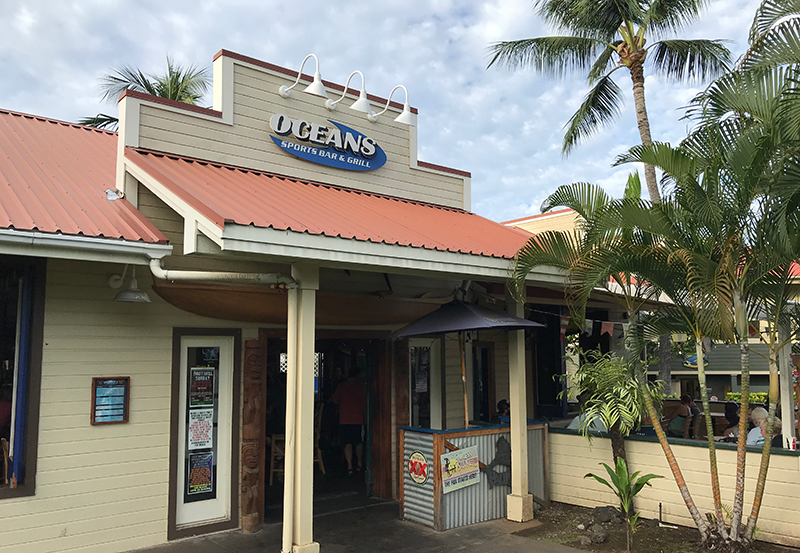 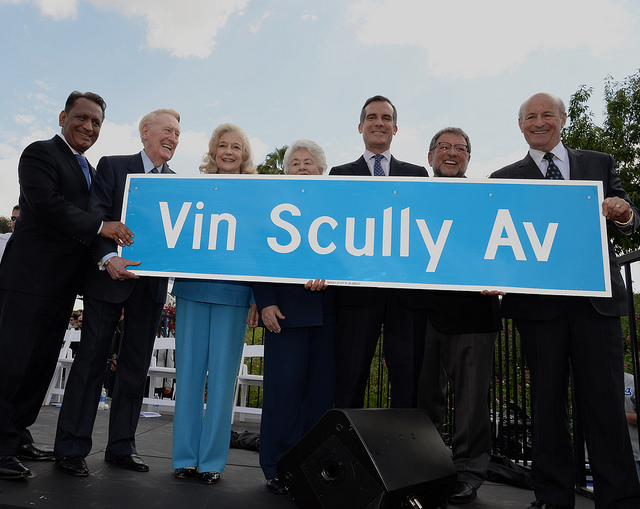 In Praise of Vin Scully This was in the late ’70s and early ’80s, long before the internet and — more importantly — long before the era of every game being shown on TV where, if you had cable TV, you could watch a baseball, basketball or hockey game from somewhere every night of the week. Back then, major league baseball had one game per week shown on national TV. The NFL didn’t have Sunday Ticket or anything like that. The NBA couldn’t even get a major network to air their championship series live; CBS showed them on delay at 11:30 pm after the late local news.

It was a different time to say the least. If there was a sporting event on national TV, it was a big deal. And, growing up in Philadelphia, these national broadcasts were the only way I ever got to hear the incredible Vin Scully.

He was the LA Dodgers baseball play-by-play man, but also did a number of national broadcasts — both baseball and football. Vin was the play-by-play guy for that famous NFL game between the Cowboys and 49ers in 1982, with “The Catch” … Joe Montana to Dwight Clark.

It never occurred to me at the time, but my decision to go to Pepperdine University meant that I’d get to listen to Vin Scully on Los Angeles radio or TV pretty much whenever I wanted. While at Pepperdine, I was active in the TV/radio broadcasting department — it was my chosen major, after all. I did TV sportscasts on the campus cable station, and did basketball play-by-play on the campus radio station. Many of my college friends were fellow sportscasting wannabes, and we all knew and loved Vin Scully.

Fast forward to tonight … September 22, 2016. I’m sitting at home in my office and, thanks to the magic of the internet, I’m able to dial up the MLB.tv platform and stream Vin’s play-by-play of the Dodgers/Rockies game while I type this sentence. I’m doing this because this is Vin’s last year doing Dodgers games. He’s retiring after an astonishing 67 years behind the microphone. 67 years.

I just finished reading the best piece of online content I’ve come across in 2016. It’s from ESPN.com — an oral history of Vin Scully as told by 20 of his colleagues and friends called The Man. The Voice. The Stories. I give it my highest recommendation.

Vin has also been doing a bunch of TV and radio interviews in recent weeks, as the sports world tries to capture his story and mark the end of his incredible career. This one from Rich Eisen’s show is really good, and well worth 15 minutes of your time to listen and learn more about this amazing sportscaster and amazing man.

You’ll be missed, Vin Scully. Not only by your Dodgers’ faithful, but also by regular sports fans — and former sportscaster wannabes like me — all over the country and world. Godspeed to you.

Postscript, October 2: Vin just finished broadcasting his final game and I just had to amend this post to include the wonderful goodbye message he recorded to his listeners — and to baseball fans everywhere, really — that the Dodgers just tweeted a few moments ago. So beautiful and perfect. Just like Vin.

The Legend of Richard Sherman Grows

I was on the phone with my mom today when she mentioned how cold it is in the Philly area. I said I was watching NFL Network as the teams arrived in Jersey for the Super Bowl and that it was cold and snowy there. The rest of the conversation went like this (she’s 80 years old, by the way):

Mom: “You must be excited for the game next week.”

(At this point, I start giggling because the thought of having a discussion about Richard Sherman with my mom was pretty much the last thing I would’ve guessed happening.)

Mom: “– and he graduated from Stanford with a degree in…” (she couldn’t remember)

Mom: “He’s very well-spoken. And he tells it like it is. He doesn’t suffer fools easily.”

I love her so much.

The Legend Of Sherman grows and grows.

I love when Google Glass tells me that all of my favorite teams won their most recent games. 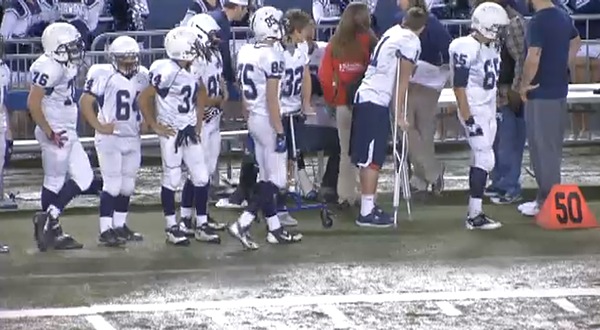 An ESPN pre-draft power ranking means absolutely nothing, but it blows my mind to think how quickly things have changed for this Seahawks fan.

A little more than six months ago, I was in Arizona to watch the Seahawks’ season opener with my friend Mat. The game was ugly. The Seahawks couldn’t protect the QB, couldn’t move the ball much and — most embarrassingly — couldn’t stop backup Cardinals’ QB Kevin Kolb from marching his team down the field to win the game.

I’d already looked at the Seahawks schedule and picked them to win maybe six games. Then, when Russell Wilson was named the starting QB, I figured having a rookie QB would cost them another game or two. So I was figuring 4-5 wins for the season.

And now the draft is a month away and the Seahawks are one of the Super Bowl favorites. The turnaround is mind-boggling. It’s shake-my-head and pinch-me-is-this-real? kind of stuff.

And in 2013, along with another friend named Matt, I’ll be a season ticket holder. Talk about picking the right year….