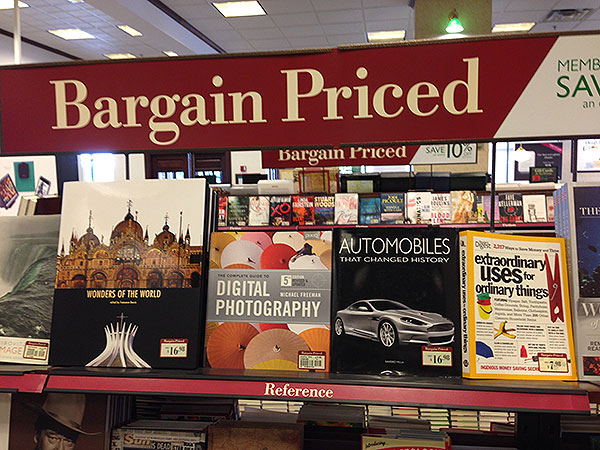 A Sense of Fear at Barnes & Noble

It’s been almost six years since my book was released and it’s not in active printing any longer, as far as I know. The second version was published in 2011, but only in the UK.

So it’s been a looooong time since I’ve seen it at any bookstore.

And now, I’m at the point where I actually fear the possibility of seeing it at a bookstore. Because I’m afraid that this is where I’ll see it: It’s one thing to see used copies of the book selling on Amazon and/or eBay for a dollar, but I’m not ready to see new copies in the bargain section at Barnes & Noble. I was browsing our local store yesterday and came away extremely relieved to not see it there. But that fear doesn’t go away … it only makes me more hesitant to go in the bookstore again next time. 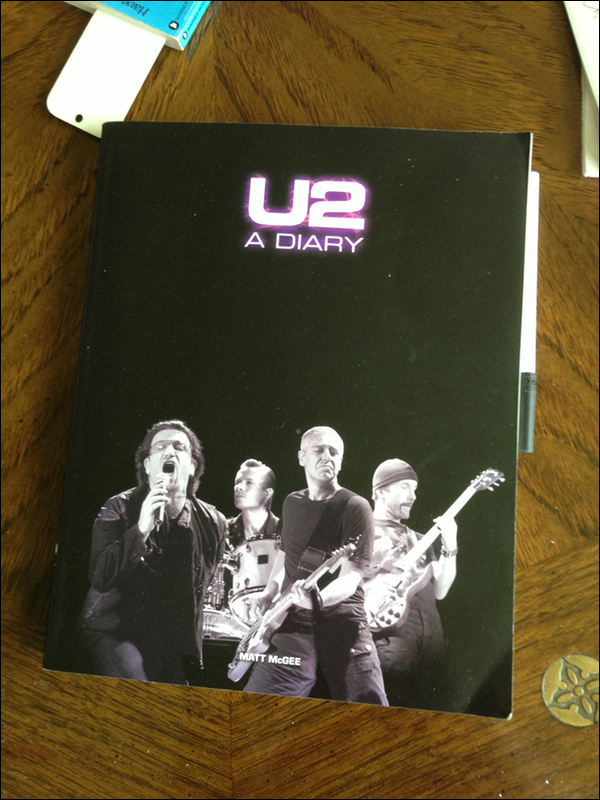 Parents’ Love, Shown in One Photo

Not that I’ll ever doubt how much my parents love me, but if I did, this kind of thing would just wipe it away immediately.

If you visit my parents’ house, you’ll see this on the main coffee table in their living room: That’s my book, U2 – A Diary. It was published in 2008. It’s still out and sitting on that coffee table, five years later.

They’ve never put it away. I think that’s love. 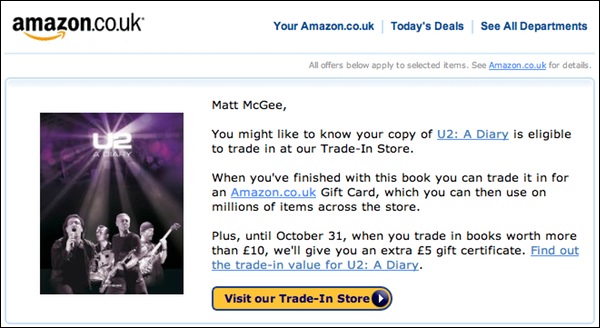 As if it’s not bad enough that the second version of my book, U2 – A Diary has been plagued with printing issues and was only available in the UK/Europe … now there’s this slap-in-the-face email that arrived last night from Amazon UK. Do I want to trade-in my own book??? What kind of a question is that??? 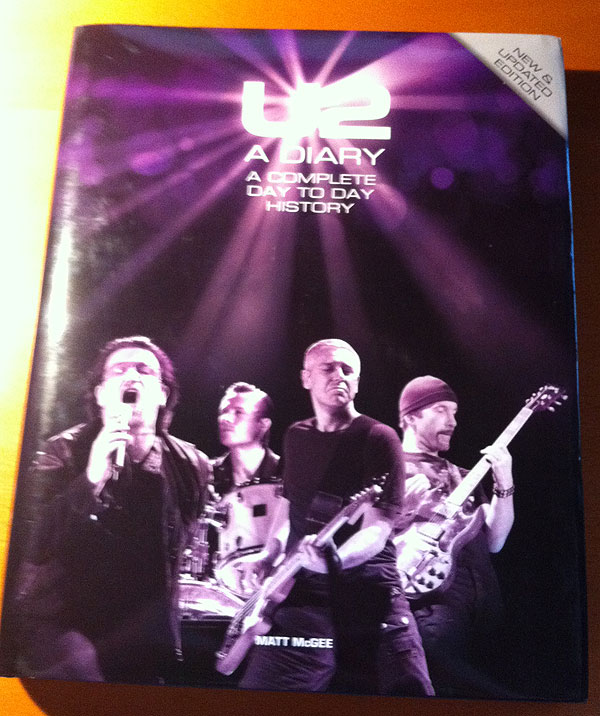 If I had more information, I’d be posting this over on U2diary.com as an official update. But for now, I’ll share it here.

My friend Xavi in Spain recently ordered the English-language 2nd edition of U2-A Diary via a Spanish website. And somewhat amazingly, he got a hardback version of the book! It looks fantastic. No one at the publisher said anything about doing a hardback version of the book. That’s also not the cover I was expecting — they told me the rays of light wouldn’t be there, and the tagline “complete day to day history” is also unexpected.

So, this is a pretty big shock. I need to look into whether this is something only available in Spain, or if it’s more widely available. Either way, I want one!

The only other hardback version I’ve seen was for the first edition back in 2008-09, when the publisher who bought the Japanese translation rights decided to publish a hardback version. I have a copy of that one, so now I need to complete my set.

2.) Flying at the end of the month has a drawback: the crossword puzzle in the in-flight magazine is always finished. Double waaaaaah.

I love U2 fans. I’ve spent the better part of two decades defending U2 fans (whenever needed) to others who think we’re all a bunch of Bono-worshipping nutcases. In the mid-1990s, I almost wrote a book extolling the virtues and awesomeness of U2 fans. Some U2 fan did a web search hoping to find and download a free, digital copy of my book. S/He wanted to steal the book, basically; to get it for free.

Pretty sure no such digital copy/torrent exists, so I hope this “U2 fan” (using the term loosely) instead found the section of U2diary.com where I’ve published almost 10 book samples.