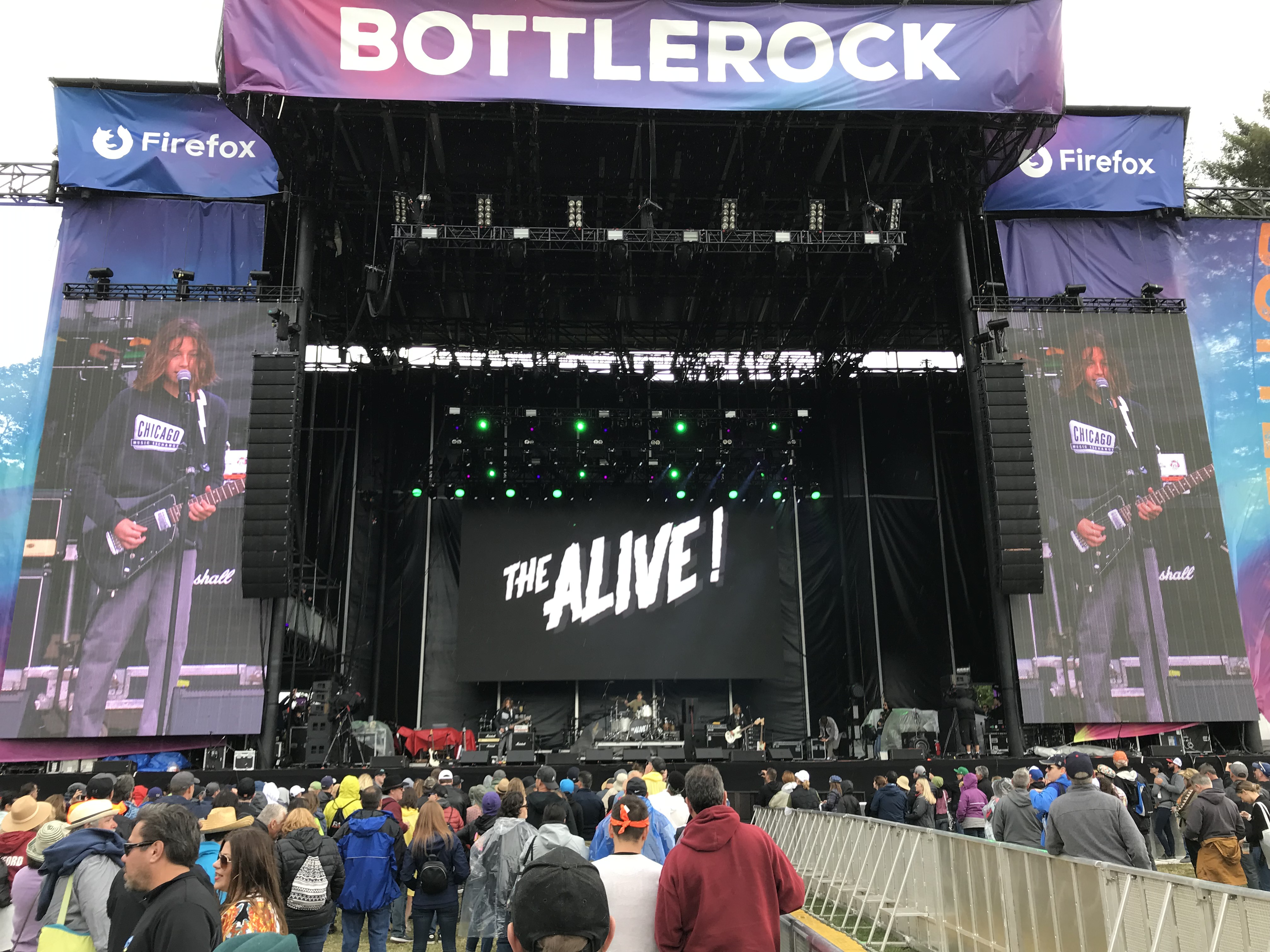 The Alive: The Kids are Alright

I have to tell you about this band I saw a couple weeks ago at the BottleRock festival in Napa. They were the first band of the day, called The Alive. I’d never heard of them and had no intention of paying much attention to their set — but they were gonna play on the same stage where Gang of Youths would be playing a couple hours later, so I was just milling around, doing some live videos and stuff like that.

And then they got on stage and started playing, and right there on the huge video screens: kids! Literally children. The band is three boys, aged 14, 14 and 11. I’m 11 years older than all three of them combined!

It was cute at the start to see these little tykes on this huge stage, and there were maybe 50 people giving them any attention. I was smiling and giggling with a couple other parent-aged men & women because you think it’s a novelty act, but eventually you realize…DAMN, THESE KIDS CAN PLAY. And slowly the crowd started to grow.

Their music is a bit too heavy metal for my tastes, but wow … they were good. They had like a 45-minute slot and played a mix of originals and covers. IIRC, this 15-second clip is from one of their originals.

A guy in the crowd knew a little about them. Turns out they recently lost their original bassist, who was 15 yrs old, and I think is the son of Metallica’s former bassist. The kid just joined Korn. (!!!) The new bassist is 11, and is the drummer’s little brother. He’s wearing the yellow cap in the video above.

They covered songs by Tool, Queens of the Stone Age and others. By the time their set was done, the crowd must’ve grown to like 300-400 people and everyone was LOVING it. They wrapped up with a pretty epic cover of Tom Sawyer.

I ended up talking to another guy after they finished and he knew a lot about them, too. He handed me a little promo sticker with their name/logo on it. He said he had to get backstage, so I said “Are you part of their crew or something?” The guy said, “I’m one of their dads.” And I just looked at him and said, “You’re raising them right!”

Me at every party I attend