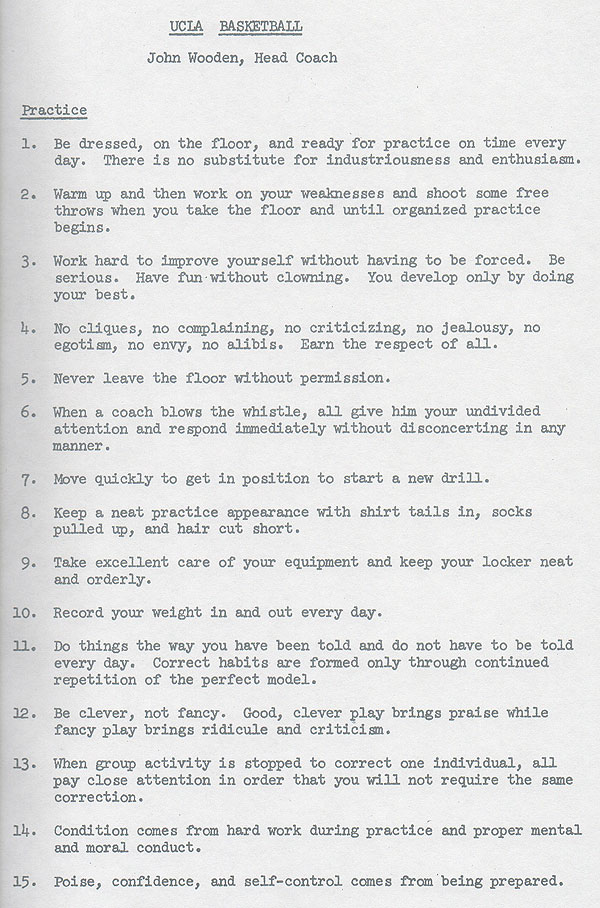 There are No Words to Describe How Much I Love This

The McGee Four were in the local library a couple weekends ago when right there on a big display was a coffee table-sized book about John Wooden. And it was a new one that I’d never seen before. Turns out it was the official UCLA retrospective (available on Amazon.com) published after Wooden’s death.

It’s mostly a photo book, interspersed with about 15 essays from former Wooden players and coaches. But the scan below, and another one I’ll post later, is from the inside cover.

This is the list of basketball practice rules that Wooden gave to each of his players. But it speaks to so much more than basketball. After I read it, I thought it should be given out to every child entering the sixth grade. And to every employee at any company that wants to be great. Read it and maybe you’ll agree. Our New House Now Has a Lawn