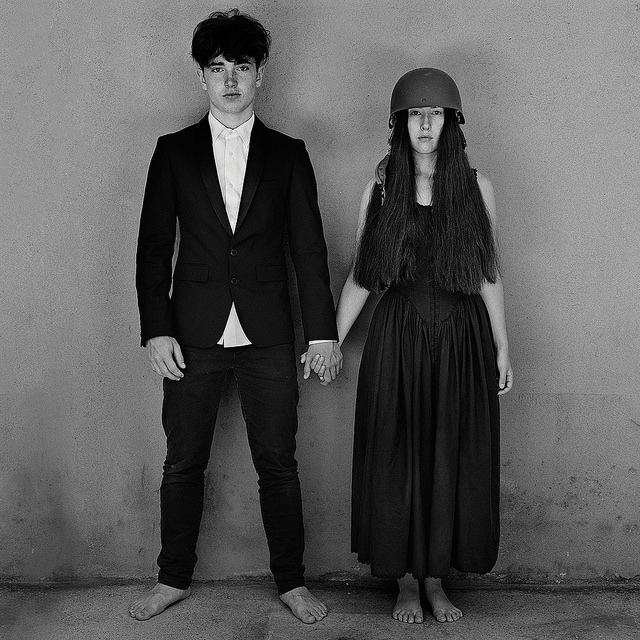 It’s been about two weeks since U2 released its latest album, Songs Of Experience. Our crew at atu2.com has already published a group album review — something I declined to take part in because the deadline was way too soon for me to have anything intelligent to say about it. I did take part in a spur-of-the-moment podcast about the album on the day of its release, but I wasn’t even sure of song titles at that point!

Here we are a couple weeks later and I’m still really torn on this album. I don’t feel the same as the U2 fans who are touting SOE as U2’s best album since All That You Can’t Leave Behind or even … gasp! … Achtung Baby. But I also don’t feel the same as the folks who’ve dismissed the album as one of U2’s worst, either. I’ve been listening to it a lot, as evidenced by the stats on my Last.fm profile: (I’m really surprised to see Arcade Fire there, but that’s another blog post for another day….)

As I’ve listened to Songs Of Experience, I’ve been jotting down my mixed feelings in a list of “yays” and a list of “nays.” I was gonna call these lists “loves” and “hates,” but I don’t feel that strongly about any of it just yet, with a couple exceptions that I’ll note below. So with all of that as an introduction, here’s a snapshot of my current thoughts on the album two weeks in.

1) “Love Is All We Have Left” is a cool opener. It’s not a great song by any means, but it’s not meant to be. It’s different. It sets a unique mood for the album, and I like that about it. It’s not an up-tempo rocker or obvious single like U2’s started with on its last few albums.

2) The piano in “Lights Of Home.” I’ve always wished for more piano in U2 songs.

3) Speaking of which, “Lights Of Home” is gonna be a killer in concert.

4) “You’re The Best Thing About Me” turns out to be a really strong song. I think it’s one of the best on the album, which was about the last thing I would’ve expected when U2 started playing it on the Joshua Tree tour this fall. But it’s really grown on me.

6) The callbacks to Songs Of Innocence aren’t as weird as I expected.

7) “Red Flag Day” is gonna kill in concert, and one of my early faves on the album.

8) “The Little Things That Give You Away” is fantastic, arguably the best song on the album. I’m thinking this is a situation where playing it live first made it better for the album, because I didn’t love it during the JT tour this summer. But I do now.

9) I love “Landlady.” This is also arguably the best song on the album, and I’d say it wins that argument right now. The chorus is beautiful, especially the way Bono sings about being “weightless.” I came to terms pretty quickly with the song title, which is a word in our culture that isn’t filled with positive connotations. My goodness … one of their biggest hits uses the name of a pretty serious medical condition (that I happen to suffer from) and they’ve had plenty of dodgy song titles over the years.

1) The “free yourself to be yourself” ending on “Lights Of Home” seems out of place and unneeded. It feels like they had this cool singalong chorus that calls back to the last album and couldn’t figure out where to put it, so they tacked it on the end of this song. (That said, I often find myself singing it loudly throughout the day.)

2) The “haaahhhaahhhaaahhhh” part in the chorus of “Get Out Of Your Own Way” is in my top 10 least favorite U2 musical moments ever. I’m talking about what you hear at the :26 mark of the song and then again in future chorus repeats (but not the final ones, thankfully). It’s just awful. It sounds like they’re old men in pain. Why not just stick with a regular “ohhhhohhhhhohhhh” or “yeahhhyeahhhyeahhh”? (And then they repeat this awful “haaahhhaahhhaaahhhh” in the chorus of “The Blackout,” which is an unforgivable sin.)

3) I get that Bono is writing a lot of these songs as letters to people around him, saying things he’d say if it was his last chance to talk to them/us. I get that he’s had a “brush with mortality” and all that. But dang … too many of the lyrics make me feel like I’m at a Tony Robbins self-help seminar.

Nothing to stop this being the best day ever

It could be too late
But we still gotta try

When all is lost
We find out what remains

(And that’s just in the first half of the album…)

4) “The Blackout” seems like filler, totally unnecessary. It feels like the latest successor to “Vertigo” and “The Miracle” and all of the other straightforward rock songs U2 has done over the past few albums. And the opening verses — with the callouts to Fred, Ned, Jack and Zac — are a huge nay from me. (Then again, as with #1 above, I often find myself singing the song throughout the day.)

5) Same with “Love Is Bigger Than Anything In Its Way.” So many fans love this song, but I just can’t get into it. In fact, what I’ve done a couple times is uncheck both “The Blackout” and “Love Is Bigger…” so that my listening experience takes me from “Landlady” straight to “13,” and I really prefer that much better.

So there you have it. For now. I think if I were to make another list of Yays and Nays in a month or two, it would be different. And I’m also reminded that Songs Of Innocence didn’t really take off for me until I saw it in concert in Vancouver at the start of the I+E tour. I’m sure the same is possible, maybe even likely, when I hear this album in concert next year.

But for now, Songs Of Experience is an album I mostly like, but don’t love.