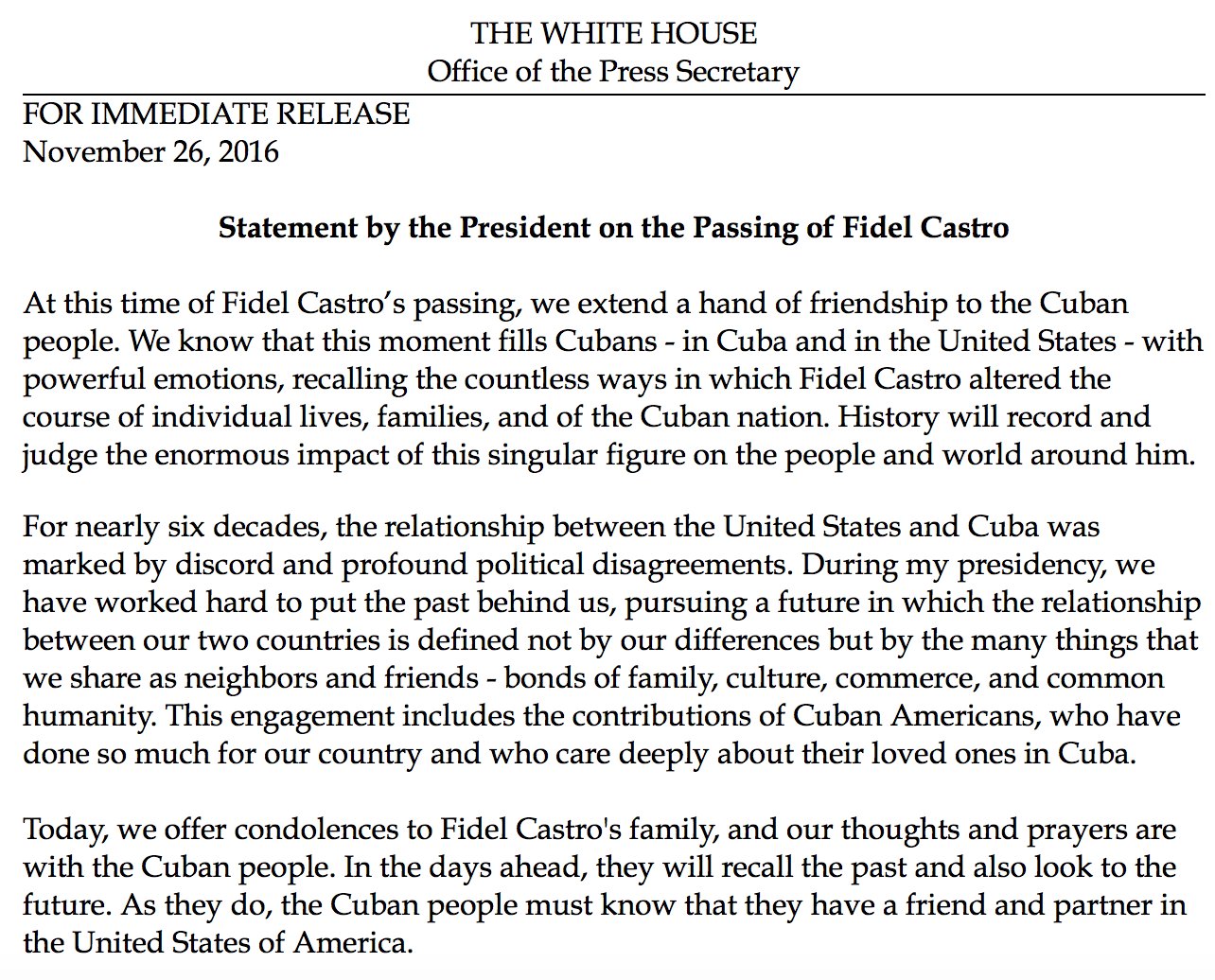 I absolutely can’t believe that I’m writing a blog post about Fidel Castro. But I also can’t believe what I saw when I fired up the Twitter machine today and saw tweets from several world leaders and statesmen — all liberals, mind you — offering borderline praise for Castro after his death. Or this from current President Barack Obama: Or this tweet from Green Party candidate Jill Stein:

Or this from Canadian Prime Minister Justin Trudeau: WTF is up with all that?

Let’s see what a few well-known people of Cuban descent had to say about him, starting with Florida Senator Marco Rubio: But you don’t have to be a politician/statesman to understand what Castro was and what he did to his people. Here’s Cuban-American actor Andy Garcia, quoted on Billboard.com: It’s astonishing that it takes people like this to speak the truth about Castro, while several (liberal) leaders offer platitudes and borderline praise, and express sorrow over the man’s death.

Dear Alaska Airlines, I love you, but…